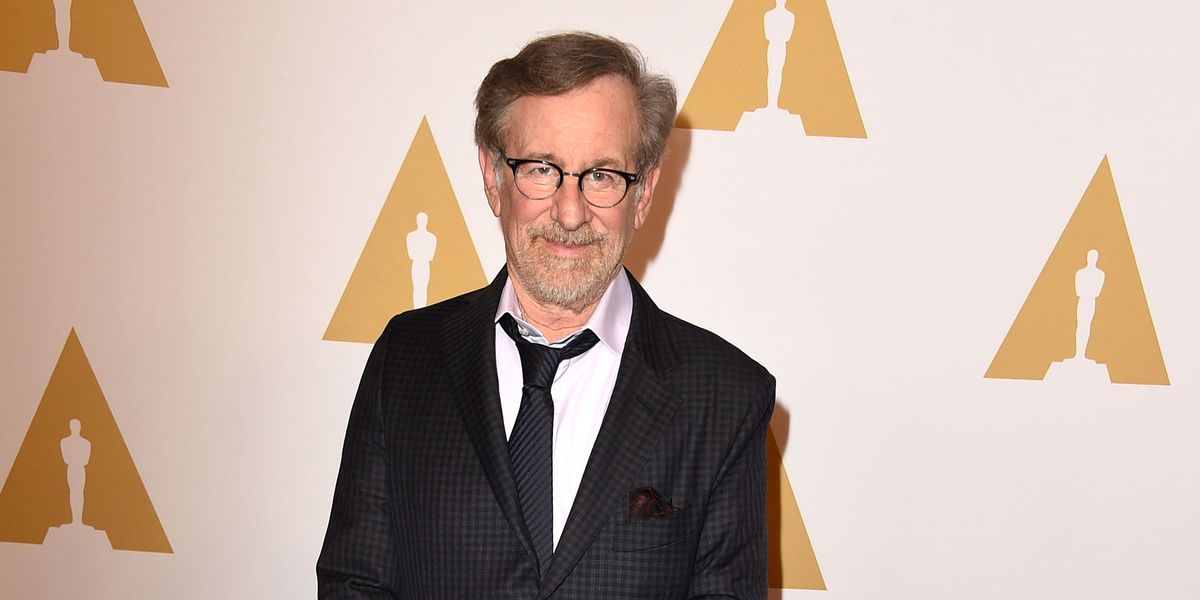 In my editorial in last month’s print issue of  An Focal, I (in an uncharacteristic bout of film snobbery) boldly proclaimed that Roma would win Best Picture at the Oscars.

Of course, we all know how that turned out, Green Book accidentally won instead.

But for some, Roma even being mentioned in the Oscar conversation was a step too far – with the legendary Steven Spielberg being especially vocal about the topic.

Over the last week, Mr. Spielberg has made some comments about Netflix becoming an awards season contender.

He made the argument that Netflix should only be eligible to enter the Emmys, as he believes that Netflix movies are essentially TV movies.

Because as we all know, Roma is a classic example of a TV movie.

Oh yeah, The Ballad Of Buster Scruggs is a TV movie.

Spielberg’s comments have sparked outrage in the film community, with Oscar-winning director Ava DuVernay speaking out for Netflix. 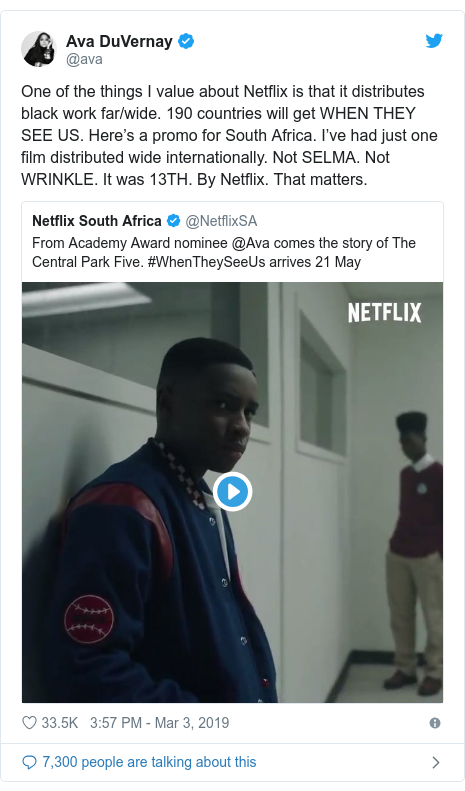 Speaking out: Ava DuVernay discusses how Netflix has been beneficial for her films

If one were to indulge my more cynical musings for a minute, Netflix might become the saviour of the film industry.

While we all know that their output is pretty inconsistent in terms of quality (Bright still haunts my dreams because it’s that bad) they’re still a champion for the low-level or medium-range movies that used to fill our cinemas – movies that don’t get made anymore because they’re not by acclaimed European auteurs, awards season favourites or the 24th superhero movie to come out that month.

Look at High-Flying Bird for instance.

A fantastic film, will most likely be in myself and most other critics year-end top ten, but would a studio have given Steven Soderbergh the 2 million he needed to make an iPhone-shot movie about contract disputes in the NBA?

Of course they wouldn’t.

And knowing that Netflix are willing to take mad swings like that is in essence, the spirit of studio film making, and contrary to what Spielberg thinks, just because I can watch The Coen Brothers latest movie on the bus doesn’t mean it’s any less a movie than Ready Player One or The Post.

People didn’t cry foul that music was dying when the main form of distribution for the medium went from vinyl, to cassette, to CD to streaming, did they?

He came to prominence in the late 60s/early 70s as part of the “New Hollywood” movement that also spawned Martin Scorcese, Francis Ford Coppola and George Lucas, a movement that was partly born out of frustration towards the film industry playing it too safe in the face of a seismic cultural movement.

Nearly 50 years later, Spielberg finds himself in the position of the very person he opposed starting out.

To bring it down to brass tax, Spielberg and his contemporaries are running scared.

There is no denying the effect Spielberg has had on cinema as an art form (the man literally invented the concept of the blockbuster!) but for him to stand against the inevitable tide of progress in the industry he helped popularise is sad.

Indeed, his aforementioned friend Martin Scorcese has set up shop with Netflix for his next project, The Irishman, but Scorcese has always been forward-thinking in his approach and willing to change with the times.

Scorcese managed to convince Paramount that a love-letter to silent French cinema could have a budget of 150 million dollars.

The film didn’t do well because society at large are dirty philistines, so Paramount don’t want to take a gamble like that anymore – Netflix are the only ones that would take a mad swing like that in this modern soon-to-be Disney dominated landscape.

Spielberg, in a criticism that has been lobbied against him over the course of his career, rarely leaves his comfort zone, and as such that’s reflected in his output and views on the industry.

Be it his ill-fated challenge to change the studio status quo with Dreamworks in the 90s or his attempt to make Shia LaBeouf a star in the 2000s, Spielberg is running the risk of ruining his once-bulletproof legacy.

It would be a shame for Spielberg, this late into his career, to turn into the curmudgeonly old man that his idol David Lean became in his later life.

Netflix will win an Oscar for Best Picture one day, by hook or by crook, and the naysayers of 2019 will look rather silly indeed.