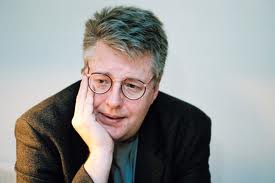 IN ISSUE 11 of An Focal I wrote about Steig Larrson’s posthumous success with The Girl with the Dragon Tattoo.

Having been wildly compelled to read that book at an unnecessarily fast pace, the logical thing to do would be make haste and rampantly read the remaining two books, The Girl who Played with Fire and the Girl who Kicked the Hornets Nest, which I duly did.

You must read the Girl with the Dragon Tattoo first, otherwise the entire story will be lost on you! That is advice worth heeding.

The Girl who Played with Fire deals with life after Lisbeth removes Blomkvist from her life. She’s living the high life in far flung exotic places, drinking cocktails and seeking casual sex with married men. Having a tantric romp is indeed the theme of the book, with an investigation into sex trafficking from eastern Europe complimenting the affairs of Lisbeth.

I was however, at a loss. I spent quite a portion of the book waiting for something fantastic to happen. It seemed as though the foundations were there, however life for Blomkvist sauntered along at a barely acceptable pace.

The book reveals the fabricated past of Lisbeth, who’s mental conditions were nothing but a cover story.

Her father, Zalachenko, who we learn was a Soviet defect, makes a somewhat brief appearance. His past was very quickly revealed which was gravely disappointing.

The Girl who Kicked the Hornets’ nest sees both Lisbeth and her debased father in a hospital. Zalachenko is killed off very early in the book by a demented hitman, who then turns the gun on himself.

The story of Zalachenko was unnecessarily cut short. There could have been a lengthier version, without doubt.

Too much time was spent explaining the inner workings of SAPO, a corrupt secret service organisation which was frankly quite boring. It is irrefutable that far more time should have been devoted to Lisbeth’s court case, which sees her cleared of all criminal charges against her, and declared competent.

As a whole, the book was disappointing. Theme wise, both books continue the discussion of derelict attitudes toward women, sadist sexual activity, and corrupt state organisations. It’s all nicely complimented by several incredibly unpersonable and rude policemen.

Both books were worth the read to find out what happened,  but were quite unfulfilling. I await the Hollywood adaptations with bated breath!