Arctic Monkeys: From Worst To First 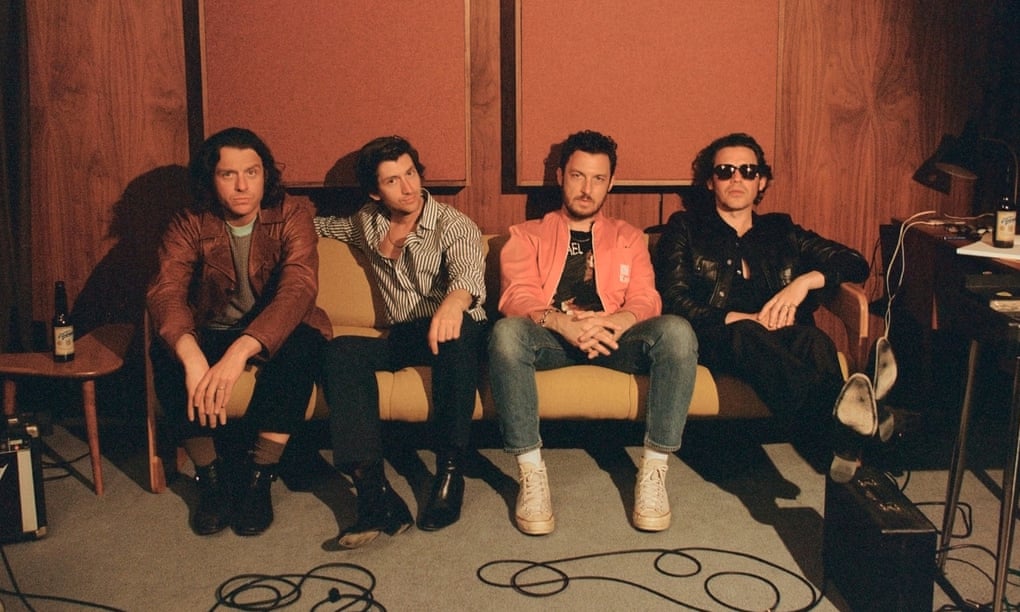 Arctic Monkeys: From Worst To First

Arctic Monkeys are releasing their seventh studio album The Car on Friday, October 21, so An Focal’s Fuinneamh Editor, James Roulston Mooney, has taken this opportunity to come up with the DEFINITIVE ranking of their works thus far. Don’t tell him otherwise.

Starting from worst to first, let’s look at the discography of one of the biggest bands of the last 20 years, Arctic Monkeys.

Suck It And See is Arctic Monkey’s fourth album, released in 2011. It bares the unfortunate problem of falling in between two albums with completely different sounds, serving as the bridge between releases. That’s not to say it’s necessarily bad, but it does comes across as their safest release.

However, the album boasts several strong tracks – the opening trio of ‘She’s Thunderstorms’, ‘Black Treacle’ and ‘Brick By Brick’ set the tone for a suave, confident and relaxed 40 minutes with Alex Turner and the gang. Standing alone, it is an exceptional work. But it just doesn’t match the works that came before or after it.

AM is the barnstorming, ground-breaking, record-shattering, globally adored 2013 release from the Sheffield quartet. Everyone knows ‘Do I Wanna Know?’ (And rightly so). The decade-defining riff on the opening track is followed by other singles on the album like Arabella.

However, the album slows down a little in the middle. Listeners are afforded a breather from the greased-up rock sound before the punch of ‘Why’d You Only Call Me When You’re High’ kicks in, with confidence and sex appeal oozing out of the album once more. The throttle is pushed down even harder than the opening segment, and the album doesn’t slow again until the final track – ‘I Wanna Be Yours’, a stellar and romantic reimagining of the timeless John Cooper Clarke poem.

Humbug is the band’s first departure from the original sound that Arctic Monkeys earned a Pyramid Stage-headlining slot at Glastonbury for. The album is one of several left turns the group have taken but stands out for its murky guitar work and trippy lyrics that help to paint a vivid image for the consumer.

Standouts from the 2009 album include ‘Crying Lightning’, ‘Pretty Visitors’ and ‘Cornerstone’ and all tracks mentioned attest to the above claim. ‘Cornerstone’, especially, showcases Alex Turner’s talents as a songwriter and shines as their finest love song to this day. Humbug’s less impressive tracks are scattered through it instead of grouped together like in AM and therefore it never really suffers from a dull period.

3) Tranquility Base, Hotel And Casino

The band’s most surprising release forms a lounge album which shocks listeners on first view, due to the size of the departure they had taken with it. However, further listens prove this to be the band’s most well-written work and part of the path Alex Turner has been on since creating The Last Shadow Puppets with Miles Kane.

The album’s ability to reach a wide audience is damaged as a result but, if you give it a chance, you’ll realise that the weird, chilled-out tracks like ‘Four Out Of Five’, ‘The Ultracheese’ and ‘One Point Perspective’ are some of their finest works ever.

2) Whatever People Say I Am, That’s What I’m Not

The band’s debut album was a huge hit with their raw, cocky vibe sending them straight into the mainstream. Matt Helder’s drumming, phenomenal across every album, is the star in this release. Tracks such as ‘The View From The Afternoon’ and ‘I Bet That You Look Good On The Dancefloor’ underline that.

Arctic Monkeys give the listener iconic track after iconic track on this album and, although easy to play live, are also hits when they do so. It defined a whole era of rock in the mid ’00s and is still revered by fans and casual listeners worldwide.

The second release from Arctic Monkeys solidified their status as worldwide stars as they crafted a more refined sound that still brings the same energy and emits the same youthful cockiness as their first effort.

Their sophomore album once again showcases the individual qualities of the four members and displays to the world the range at which the band can succeed. Some slower songs like ‘505’ and ‘Only Ones Who Know’ are accompanied by the frenetic energy the opener ‘Brianstorm’ and ‘This House Is A Circus’ emit. The writing is stellar, the guitar work is tight, and the drums refuse to stay in the background. The final product is one that embodies what Arctic Monkeys are, what they once were, what they have become and what they will be in five years.

The Car comes out this Friday, October 21. Stay tuned for an in depth review from our in house Arctic Monkeys connoisseur.