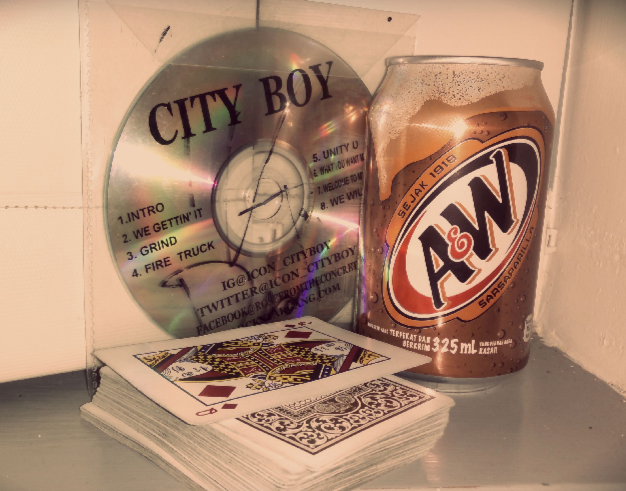 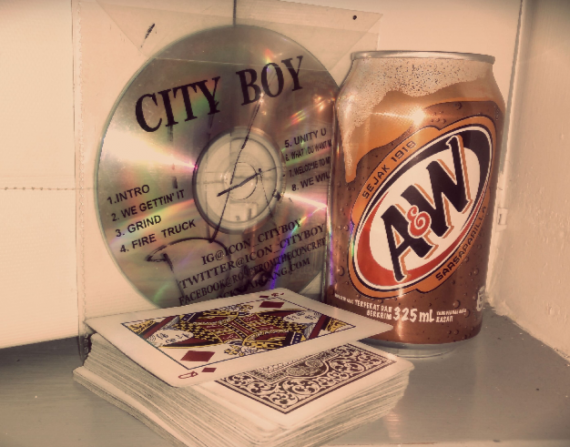 America was everything I expected and more.

There was absolutely no reason to complain about this year’s trip to Florida and beyond; the Caribbean weather was exhilarating, the New Year had just begun and I was once again able to drink root beer on a regular basis. Not only that, I had also made some great new friends after multiple intense games of Bullsh*t, Go Fish and Old Maid, so I was pretty satisfied with how the holiday was going.

City Boy met me on a good day.

One of the cruise ship stops saw us dock at the beautiful port of St. Thomas. The port had plenty to interact with, and its exploration alone was worthy of spending your full day on. After finding myself a chilled can of Mug Root Beer in the off-licence, I roamed across the shopping area, looking for something worthy for purchase, all while casually listening to some Sufjan Stevens. A tall young man wearing sunglasses waved at me when I was turning a corner, but I couldn’t hear him and walked on. With some extravagant effort, he caught my attention and called me over, asking what my name was.

The young man introduced himself; he was a college student and rapper from Brooklyn under the name of City Boy, recording a video for his newest track nearby. What struck my mind was, what right-minded person decided “City Boy” should have his video recorded on a Caribbean island? I said nothing, and listened on. I was then handed a CD with a sleeve he had signed while I was distracted thinking about dubious video scene choices. My name and his initials were scribbled hastily with permanent marker, bound to fade by the time I got home. As for the CD itself, his name along with track names like “We Gettin’ Lit” and “Fire Truck” were printed in black. Nothing special, but still professionally done.

City Boy then asked for some donations, to which I was happy giving him my dollar notes which I got as change from my now-half-empty root beer. He seemed somewhat unsatisfied, showing me a €20 note someone had given him. The guilt trip was on. Had I a $5 note, it was his, but I was left with $10 notes and a single €10 note. Putting me under pressure, he ended up walking away with my €10 note while I was left with a mixtape that cost more than a month of Spotify Premium and with no idea what I had just gotten myself into.

Since then, I had only ever listened to the mixtape once; my friend brought his laptop and blared “Grind” and “We Gettin’ Lit” from the cruise ship staircases. It was unfortunately underwhelming at best. Surely there was a goldmine somewhere to be found within? It was time for my first proper listen.

The first track, the rightly named “Intro”, was actually quite relaxing. There was no rapping, just a calm beat which fades through for 60 seconds. A sign for what was to come?

Following up was “We Gettin’ Lit”. The tone suddenly gets more intense, while “You n***a’s can’t tell me sh*t” rings though your head for just under 3 minutes. There’s some sync issues which don’t help, but that being said, the beat actually feels somewhat well made. It sounds like something you’d hear coming from the floor 6 cruise ship night club at one in the morning.

I turn on the next song, forgetting which one it was, until I was abruptly reminded five seconds in with the oddest recorded pronunciation of “Grind” I ever heard. After I control my laughter, the rap begins. I realize there’s a certain softness to City Boy’s voice, which is a mixed blessing to listen to. This one actually has some well thought-out lyrics, and besides the ‘Grind out of nowhere’, it’s not the worst rap song out there.

“Fire Truck’s” 30-second intro actually has a sort of epic feel, but the rap begins and it comes to nothing. It did offer the golden line “City Boy Universe is the connections” though. I had to listen to it three times to make sure I heard that one right. Meanwhile, “What You Want Me To Do” displays the beat creator’s ability to sample; a shotgun reload along with someone saying the song title appearing every few seconds, all while City Boy describes his full-on bedroom antics. It becomes more and more uncomfortable as it goes on, unfortunately.

City Boy makes a penultimate attempt to reach out to me with “Welcome To My World”, but nothing was working out. The mixtape reaches its conclusion with “We Wild”. The beat has a final-boss feel to it, but by now I’ve heard all these lyrics before, just phrased differently.

City Boy’s beats regularly glimmered with potential, however his rap tone lacks the intensity and passion to make him unique where there are thousands of others who “rose from the concrete”, just like him. But to expect gold from a young man in a tank top who was handing out his CD’s in a tourist area is possibly too much. Maybe someday he’ll find his sweet spot, get picked up by a label and tour the world. Perhaps he’ll visit Ireland one day and buy himself a drink, on me, with a familiar €10 note in hand. He’ll hardly remember the guy with the can of root beer who gave it to him, but one can dream.