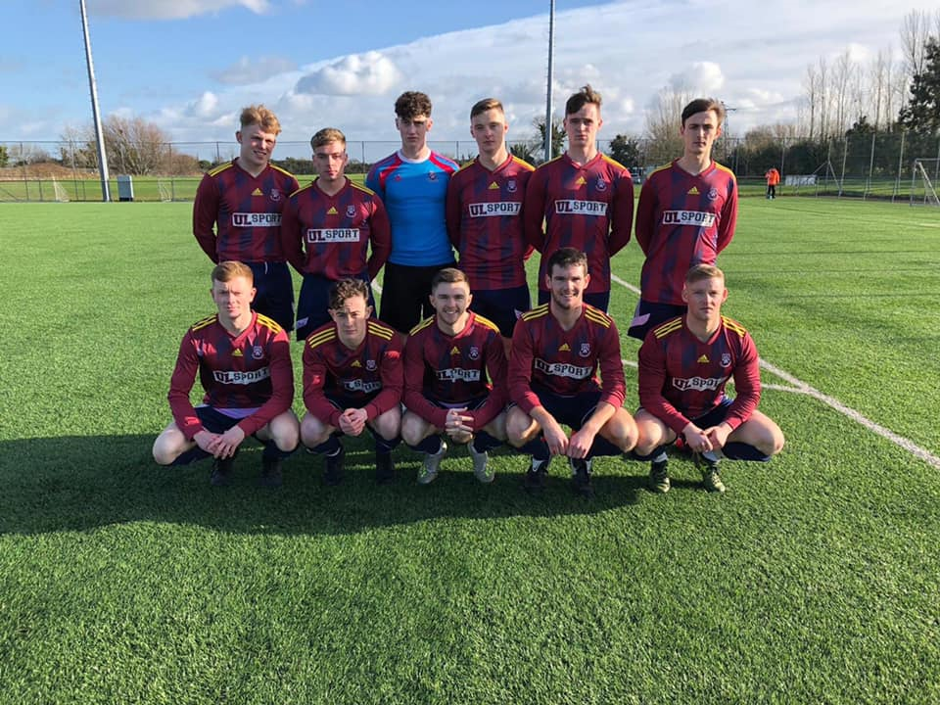 Hat-trick hero Adam Foley was the difference as UL ran out winners against NUI Maynooth in the Collingwood cup quarter final.

UL now look forward to a Collingwood Cup semi-final against DCU tomorrow afternoon (Tuesday) thanks to a 3-1 victory over NUI Maynooth.

A late switch from grass to AstroTurf made no difference to the Shannonsiders as they took the lead inside 5 minutes.

Ed O’Dwyer made a surging run from midfield before being taken down on the edge of the area. Adam Foley stepped up to take the place kick sublimely curling it into the left of the goal leaving the goalkeeper with no chance.

Maynooth grew into the game but were saved by an alleged shirt pull that saw an own goal ruled out on the half-hour mark.

UL looked a threat when in possession and Foley was alert to a defensive miscommunication in the 44th minute. The striker bolted through on goal as the ball slipped between two Maynooth defenders.

Foley composed himself before calmly slotting the ball home low to the keeper’s right to give the visitors a 2-0 halftime lead.

Immediately after the half-time break Foley had earned himself the match ball with a fine finish in the 46th minute.

UL were now playing with lots of confidence and the lead could’ve been increased to 4 three minutes later when O’Dwyer hit the post from a corner. The Tipperary man was again denied by the woodwork in the 52nd minute with his powerful strike leaving the crossbar shaking.

Maynooth were given hope in the 72nd minute when a scramble from corner resulted in the ball ending up in the UL net despite protestations from the Limerick men. The 83rd minute could’ve changed the course of the game.

Maynooth were awarded a penalty but the taker hit the crossbar with the ball graciously cleared by UL.

9 minutes of added time saw UL control possession and see out the game with UL not to be denied of victory and a place in the semi-finals.

UL return to action at 2:00pm tomorrow afternoon in the AUL complex against DCU in the semi-final.