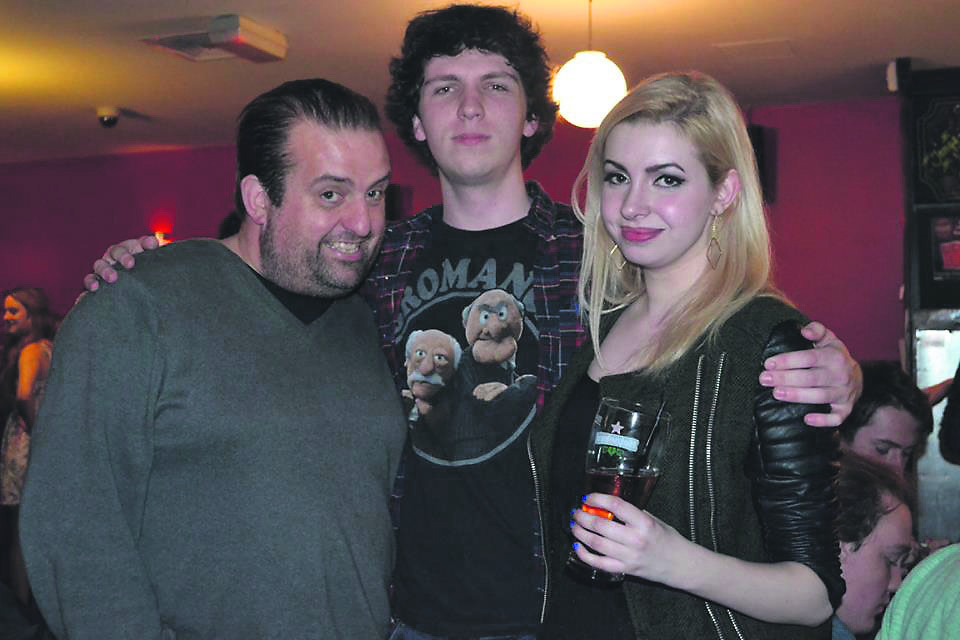 German Lady Lea Wegerle followed and with a brave first effort won the crowd over despite speaking a foreign language and not her own native German. Sure a few jokes fell flat but she recovered very well with the help of her “magic” paper in hand. Playing the German card she mocked her homestead and contrasted the Irish and their much more punctual and efficient German kin. She pointed out though that we do share some values. Such as alcoholism.

Andrew Berryman too was a first timer from another country. This time the infamous shores of the United States, that big oil guzzling war mongering obesity inducing nation with the black guy in charge who’s actually from Moneygall. Again hit and miss with his jokes he managed through his performance and I’d probably be kinder to him if he didn’t have such an annoying twang on the end of his voice. Also his impression of a hillbilly warrants ear plugs, so much horrible impression for such little joke. The crowd laughed occasionally and he seemed satisfied with his performance.

Amy Lee finished the comedy society’s segment of the night with a daring bit of comedy.  Gasps aplenty with abortion and rape the main topic of conversation in Amy’s routine. Her edgy jokes sat well with the college audience and I saw a few nod approvingly either at her clever word play or just the sheer balls with which she stared people blankly in the face as she put together pretty obscene taboo scenarios. Actually blank is not how I would describe her face which sported an innocent and clearly deceptive smile for he most of her performance. How do I know her jokes were really edgy besides the gasps of horror at pretty much each utterance of a punch-line, well I overheard people complaining about her afterwards. If someone doesn’t complain it ain’t edgy rule number one of dark humour.

John Spillane’s role as MC was well suited and he did a stand up job, his outro was his infamous wanking story and he told it well with enthusiasm and adequately inappropriate gestures. Even the comedy veterans who had seen it before laughed at possibly his best execution of this particular bit.  I even think I saw Karl Spain chuckle.

All in all a mixed bag with a strong finish that had us warmed up and ready for Karl Spain. Then a fire alarm went off and we all laughed, then it kept going on and on and on. Finally the professional stepped on stage with a seasoned experience to the sound of applause and a very loud fire alarm muted by two jackets hung over the source of the annoying ringing. Thank God there wasn’t actually a fire.