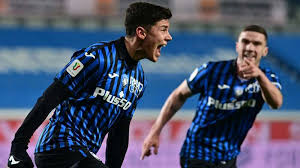 The game was arguably won in the first half wherein Gattuso’s Napoli ran like statues and defended like pigeons.

Napoli failed to create anything of note beyond a few scuffed pop shots from Insigne, even with their ample amounts of possession.

Napoli struggled to move the ball out of their own half at times, with the titans of Marten De Roon & Remo Freuler dominating every blade of grass in the middle of the park.

From shutting out counters before they even began, De Roon even having the eye to set up the first goal. A scorching outside the box effort from Atalanta’s Duvan Zapata, a shot so eloquently smashed, David Ospina never had a hope of getting a hand to it.

With a collection of sharp but short passes cutting open Napoli for a second, six minutes later.

Napoli’s injury list took major effect on the performance, both talisman, Dries Mertens & Kalidou Koulibaly were out; an ankle problem for the former, covid for the latter.

Napoli not only missed Koulibaly regimenting of the backline, but Gattuso was also without a creative spark going forward, as already stated Insigne’s persistent need to shoot the first chance he got, paired with two non-existent showings from Victor Osimhen and Hirving Lozano.

However, they could be excused given how dominant Atalanta were in restricting Napoli’s midfield.

As Atalanta were asleep at the wheel, Napoli’s second wind gave birth to a scrappy but serviceable goal from Lozano, that gave Napoli a third wind.

Gasperini, knowing that a second for Napoli would see his side out, solidified the defence with Mattia Caldara.

And ultimately an exquisite string of passes to Matteo Pessina, allowed the Italian to chip the ball past Ospina and into Napoli’s net, to make it 3-1.

The energy thereafter had ceased to be. Atalanta closed out the tie, in which the major blows were dealt in the first half.

A dark shadow now hangs over Gattuso, that shadow of Aurelio De Laurentiis, Napoli’s Owner, who attended the game.

Napoli’s Sporting Director – Cristiano Giuntoli didn’t seem to be too critical of Gattuso, as Giuntoli stated before the match “At the end of the season, we will draw conclusions [on Gattuso].”

An even bigger test lies in wait for Gattuso, with Napoli due to meet Juventus at the weekend.

A tie that was originally called off earlier in the season due to a covid outbreak.

This fixture could also see Gattuso’s tenure in Naples be called off early.

But for the victors, Gasperini’s Atalanta will face Juventus in the Coppa Italia final in May.

Atalanta will play with their heads held high in a final they know they can win, looking to give this fairytale the ending it deserves.