An Focal’s Sean Finnan previews the second-leg of the Coppa Italia semi-final showdown between Atalanta and Napoli. 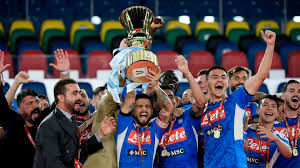 A trip to Bergamo and the backdrop of Lo Stadio di Bergamo will host the return fixture of what was an unexpected goalless draw between Napoli and Atalanta. In which a Man of the match worthy performance from Napoli’s goalkeeper, David Ospina, kept Atalanta scoreless, making Napoli only the 5th side to accomplish that this season. But the praise, unfortunately, is too bottom-heavy for Napoli from that game. Napoli’s attack has only been consistent in one department this season, that of their inconsistency.

Their troubles in front of goal, not from their lack of creating chances, has seen them waste chance after chance. So even though, points-wise, Napoli have improved on last season, Napoli manager and AC Milan Icon-Gennaro Gattuso has had the heat on his future at Napoli, turned up.

His deliverance of the Coppa Italia last season has seen squad leaders such as Dries Mertens and Kalidou Koulibaly adamantly defend Gattuso from criticism. But actions will count more than words if Gattuso is to keep his post. Inconsistency again cost Napoli against Genoa last Saturday, as ex-Napoli star Goran Pandev scored twice to win.

Atalanta, however, also swallowed a bitter pill recently, throwing away a 3-0 lead, against a Torino side, that sits a point above relegation. A win over Napoli and a shot at silverware would cement Atalanta Manager, Gian Piero Gasperini’s already legendary status, into folklore in Bergamo.

A win would strengthen Napoli in their ambitions to reclaim a lucrative top 4 finish, but a loss could seal Gattuso’s fate in Naples. In the Semi-Final that would produce the underdog in the final. What is worth more in management, security or legacy?