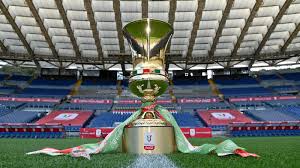 Inter Milan will be hoping for a better result in their second leg away fixture against the Serie A champions Juventus in the Coppa Italia.

The first leg of the Derby D’Italia offered fans a close game in which errors from both keepers cost their teams, with Inter’s Handanovic mistake allowing a Ronaldo brace after he hit smashed in a penalty previously on the 26th minute.

Inter will be hoping to overturn the result and reach the Coppa final for the first time since 2011, the last time the side had won a trophy.

Pressure will mount on manager Antonio Conte if he fails, as an early champion’s league exit and trailing cross-town rivals in the title race has resulted in criticism in his Milan project.

The champions Juventus, however, will be looking to keep their good form going at Allianz Stadium after beating Roma on Saturday in a crucial game to keep their dreams of chasing ten consecutive scudetto alive.

Andrea Pirlo’s formation may change as the Italian has altered from a 3-5-2 to a 4-4-2 throughout the season as the debutant coach still tries to find his feet in his first top-flight job since retirement.

Rotation players such as Demiral, Buffon and Alex Sandro may retain their places as Turin side will want to seal their place in the final ahead of a vital weekend game away at Napoli.

The Nerazzurri will have Lukaku and star summer signing Hakimi back after suspension in the home game at the San Siro. The two players who have 21 and 11 goal involvements respectively were sorely missed as their side could only muster an early goal 9th minute by Lautaro Martinez.

According to Tuttosport, Danish midfielder Christen Eriksen will also start after Columbian Arturo Vidal picked a suspension against Fiorentina during the weekend.