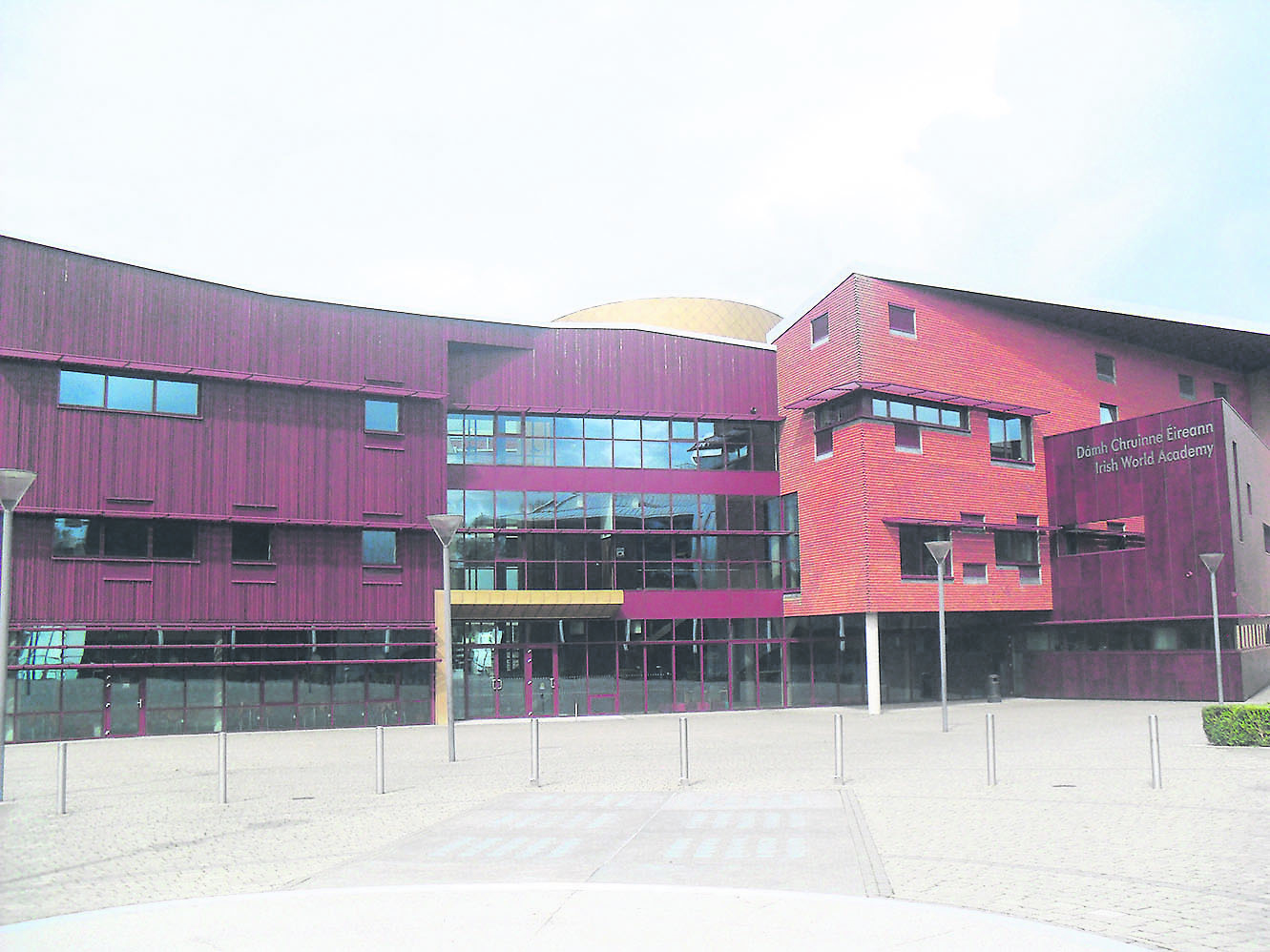 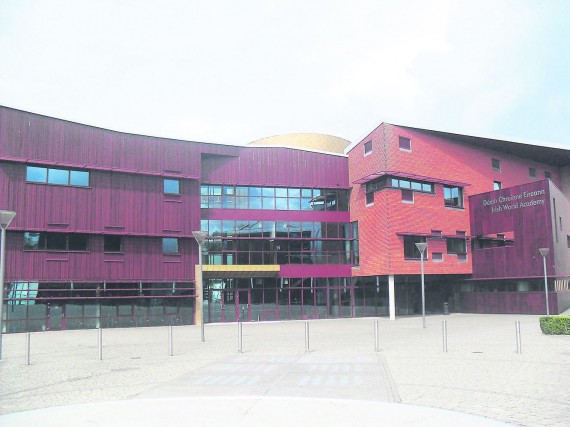 When wandering the halls of the Irish World Academy after lecture times, one is bound to hear a constant hum of music from the different instruments being practiced, or even the sounds of dancer’s feet thumping against the hard wood floors. Music and dance are the life and soul of the building, no matter where you go there is some beat tempting you to peek inside a window or door to catch a glimpse of an instrumentalist.

Despite this abundance of music from talented instrumentalist but there is something special to be heard coming from room IW2.51. That is the sound of UL Music Society’s very own Glee club and their impromptu harmonization on various songs to a piano and guitar accompaniment provided by James and Ciaran.

The Glee Club originated from the ideas of Aisling Kearns, Ciara Jaffray and Eamonn Walsh in collaboration with UL’s Music Society who supported the idea. They believed that the students of UL would have an interest in singing, especially among those who’d have taken part in their local and school choirs.

This year Glee is under the skillful management of Deirdre Higgins, the club’s president, along with the help of their first year representative, Valene Greer and Sessions Officer, Brian Griffin. After talking to both Deirdre and the members of Glee, it is clear that this isn’t solely run by Deirdre or the representatives alone.

Deirdre described the group as a “democracy in terms of song choice and things of that nature”. There is no one voice in the club. Every member seems to have an opinion, and every voice is heard. Deirdre even credits the success of their songs for the Hudson Taylor concert as a group effort that was able to be pulled off with the input of the members.

Phove Gavin, second year and member of Glee, talked about how well the club was run in this aspect, praising Deirdre for always listening to the opinions of the members and incorporating them into the songs. It’s clear to anyone who sits in on a club meeting that the club is indeed as Deirdre said, “a club that belongs to all the members”.

This freedom gives the club a homely feeling. From the minute that one enters the room it’s impossible not to feel at home. The exchanges of laughter and back and forth comments creates what can only be described as a family like atmosphere. This atmosphere is almost guaranteed to lift the spirits of those in the room.

It is obvious that within the two months the club has been running that the small group has become more or less one unit. A first year member of the group, Gareth Price said that the best thing about Glee for him was the fact that they’re a small group of thirty people whom he’s gotten to know really well over the last two months.

Their unity is impossible to miss. When inside the room there is not one person to be seen without a friend or a group to talk to, no one is left out. Even, according to Gareth, their president Deirdre joins in on the jokes. He claims that there is no one better than Deirdre for the club as she is “the greatest person we could have in the position of a whip-cracker”, showing just how close the group is. It echoes Deirdre’s early statement of Glee being a club for the people, not just run by her. The fact that they’re able to joke around with their president and each other shows just how well knitted this group of students have become.

It’s not all play though, Glee members put in heaps of effort, especially in the last few weeks. The Glee club’s first big performance of the year was none other than the Hudson Taylor concert in the SU courtyard during Soul week.

“I’m just grateful that the music society could squeeze us in to such a jam packed evening of amazing talents,” Phove said when asked about how exciting it must be to have the opportunity to share the stage with big names like Hudson Taylor and The Academic.

The group rehearsed for two hours for two to three days a week as the time became closed. The dedication of the members was outstanding as they gave it their all during both the performance and rehearsals. Deirdre commented on how amazing it was to watch the members grow in terms of confidence.

“Some [of the members] would have been quite reserved in how they performed the songs, but by the end they were getting so into the performance and looked so confident and amazing,” Deirdre explained.

Despite long and hard rehearsal hours and treks to the World Academy, the members didn’t flinch or complain, instead they pushed themselves by working and asking questions to fix harmonies they found to be tricky.

To say that their performance on SoUL Fest’s Thursday night was good would be an understatement. For a group who only had a little over a month to put together a ten minute set they did superbly on the stage. The crowd singing and dancing along to their ten minute performance was a clear indicator that the hard work of the Glee club and Deirdre Higgins was not wasted.

Hopefully that performance won’t be the last UL sees of this talented bunch of students. In the words of Gareth Price: “everyone and their pet fish should join Glee.” After spending a few afternoons listening to their amazing idea’s, harmonies and just experiencing the pure glee of the members, I don’t think I could have worded it better myself.