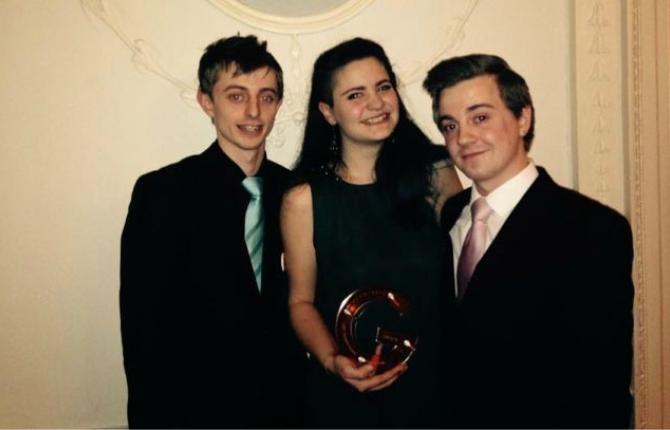 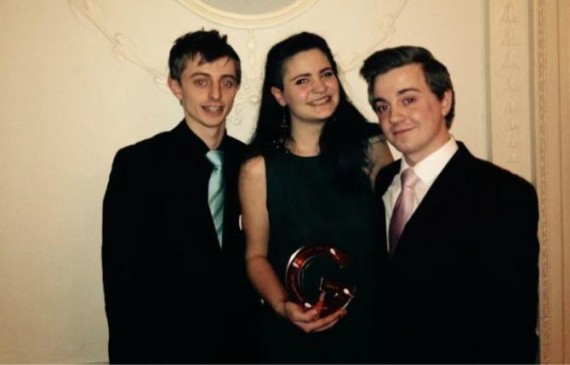 University of Limerick’s “Out in UL” society has won the award for Best LGBT Student Society at the GALAS which took place in Dublin’s Shelbourne Hotel on Friday, March 6.

The GALAS were created in 2009 by GCN and The National Lesbian and Gay Federation (NLGF) to honour those who work towards a better future for LGBT people in Ireland.

Secretary of the Out in UL committee Colin Doherty was delighted to be a part of the celebrations:

“The GALAS are a really prestigious awards ceremony and it was an honour to be nominated, so when we found out we won we were in a state of shock, it was phenomenal. Even though we were able to touch the award and see it with our name on it, we were just in such a state of shock! From the societies perspective it is great because all of the work we have done over the past couple of years is recognised so we can say we are an award-winning society. From personal perspective, I have been a member of Out in UL since I was in first year, and I was a really shy, introverted person and Out in UL have helped me get out of my shell so it really means a lot.

I have been on the committee since I was in second year and I’m in fourth year now so it is part of the work I have done, it is part of the work some of my best friends have done and in a way we are kind of like a family in that we can all come to each other with anything and we are all really good friends. Since I have joined the committee it is the first major award we have won.”

When asked about the work they do within the Out in UL society, Colin said:

“Our four main aims are support, education, to showcase the LGBT community and to bring the LGBTQ community and other communities together. We do a lot on support, such as supporting our members with services at our member meetings so we are able to talk, make sure everything is okay and campaigning for their rights. In Week five we submitted a motion to the Student’s Union to try to get them to support marriage equality which passed so that was great and for education we will have stuff like workshops and we go on trips like the trans-rally’s in Dublin. We do a lot of events which is mainly how we showcase the LGBTQ community so our biggest event this semester will be Queerbash which is on the ninth of April in Dolan’s Warehouse and historically Queerbash always has a theme to it and it’s to commemorate the late Paddy McHugh as he initially set up the event. This year’s theme is “Pride by the Tide” so it should be fun and we are really excited for it!”
By Michelle Hogan