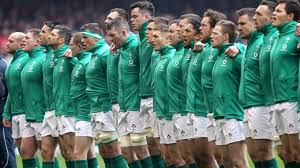 2020 was meant to spark the beginning of Andy Farrell’s fresh start after a brilliant seven-year run by previous coach Joe Schmidt. The stop-start nature of year was reflected throughout Ireland’s performances in the Six Nations and Autumn Nations Cup.

While it is hard to take some of last year’s results at face value, some themes remain within the team. Ireland seemed to rely on heavy, one-off ball carries, instead of maybe using the wider channels to break the oppositions defences.

Moving on from their lacklustre year, Farrell has named his 36-man squad with improvements in the coaching set-up also announced this month. Ireland stalwart Paul O’Connell has joined as Forwards coach, which will have only a positive impact on Ireland’s talented pack.

There are two uncapped players in Ireland’s 2021 Six Nations squad – Munster scrum-half Craig Casey and Ulster Prop Tom O’Toole. Casey has shown consistent performances for the province with an Irish call up being a huge step-up for the young player, who seems to relish pressure situations. Andy Farrell seems to be putting faith in youth rather than picking Leinster’s Luke McGrath, Connacht’s Kieran Marmion and Ulster’s John Cooney who have all been in form for their respective provinces. Casey, like O’Toole, is more of an investment in the future.

22-year-old O’Toole has been selected alongside the experienced shoulders of Leinster’s Tadhg Furlong despite having a calf injury since February of 2020. Leinster’s Andrew Porter has also gotten the nod for tight head position, with Munster’s John Ryan missing out.

The overall squad is largely relying on the tried and trusted players who have been called on by Irish coaches for years now. Any squad which welcomes back players with the proven calibre of Tadhg Furlong, Dave Kilcoyne, Rhys Ruddock, Garry Ringrose and Jordan Larmour, should be stronger as a result. Even with these returns, it looks like a host of players are coming into this tournament with relatively little rugby of late under their belts.

Noticeable names are missing from the squad like Stockdale who is absent with a knee injury. During the 2020 six nations campaign, Stockdale looked out of place at full-back throughout most of their games, maybe his absence now will result in an emergence of a more comfortable player at 15. Connacht’s Jack Carty and Ulster’s John Cooney can feel the most aggrieved by the selection as the two in-form players are not favoured by Andy Farrell once again

It will be very interesting to see the impact new coaches have had on the squad in their first match against Wales on the 7th of February. Hopefully, Andy Farrell’s squad can leave behind their 2020 matches and return to their winning ways.