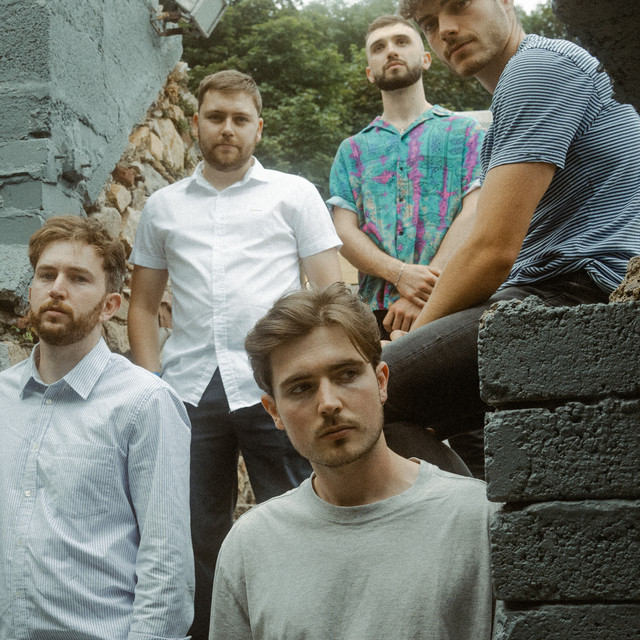 With stunningly relatable lyrics detailing issues such as the fear of losing someone, the Irish housing crisis, and mental health, with a sound unique to Limerick City, completely self-produced. The Limerick-based four-piece, Dylan Flynn and the Dead Poets, met while studying music technology at the Limerick Institute of Technology. When asked where Dylan Flynn first developed his own love of playing guitar, he stated:

“Probably just seeing people in movies and on TV, in shows and stuff. I always remember watching Drake & Josh when I was younger. I always thought Drake was really cool playing guitar.”

At the time when Dylan Flynn met the “lads”, he was releasing music solo under his name with no intention of putting a band together. However, after meeting his soon-to-be bandmates, the story of the band and its name went on a different route. The band name originated from two main parts, as follows:

“I’m named after Dylan Thomas, the Welsh poet. When I first started releasing music, I switched college courses and met the guys I’m in the band with now, in college in LIT studying music technology. At that time, I hadn’t planned on putting a band together, so I was like, “I’ll just call myself Dylan Thomas.” So, we were releasing music as Dylan Thomas and then, as more people joined the band, it started to feel more like a band, so I said let’s call ourselves something different. So, I was thinking of Dylan Thomas. Dylan Thomas is a dead poet, so I was like, let’s call ourselves “Dead Poets.”

Secondly, due to someone else already having the name on Spotify, Dylan Flynn thought it best to avoid the copyright and legal drama that can come with having the same band name as someone else. This resulted in bandmates suggesting “keep your name, Dylan Flynn, and go as Dylan Flynn and the Dead Poets.”

So, the name did not arise as an homage from the Dead Poets Society (sorry to break it to you movie buffs), but from a combination of the Welsh poets and avoiding potential copyright issues.

Dylan Flynn and the Dead Poets are set to release their EP “Crazy How We Live Like This” on the 10th of February. The track list is a compilation of eight songs, and it goes as follows:

v. Everything Will Be OK

vi. You (stripped back)

When asked what the inspiration behind the titles of the songs featured on the EP was, Dylan stated that the name of the song “Crazy How We Live Like This” (which is the song the EP has taken its name after) was 1975 inspired:

“The title of the EP is “Crazy How We Live Like This,” and that song is definitely a 1975 thing. I love long titles.“

Alongside inspiration, the experiences that artists go through can have an impact or be the direct result of the lyrics they write. Dylan broke down the meaning behind the lyrics of one of the songs featured on the band’s EP. The band’s song “Days” was inspired by the Irish housing crisis and “how the government doesn’t really do anything about it.” Dylan Flynn spoke about his own experience with the lack of housing, especially for students.

“When I was in college, my family home was in Limerick, but I had a friend who I was trying to move out with, and he didn’t apply for student accommodation because he thought we would be able to find it ourselves. He and I weren’t able to find it, so for the first semester of my third year, he lived in my family home because there wasn’t really another option. It’s just messed up. There’s a lot of exploration, especially with students, because people (landlords) know that students have to pay for it. So, there are houses going around in Castletroy and around the UL area rented out at a much higher price than they should be because they’re not being done up and there are no renovations. It’s messed up and it’s really sad. I’ve only expired it on a minor level, and that even bothered me. ”

The story that Dylan shares is one that many have experienced or are currently experiencing. Many of us have been like Dylan’s friend, unable to source affordable accommodation. With the tragic lack of affordable housing and overpriced housing, many students currently find themselves homeless, staying with friends, or wherever they can.

“Crazy How We Live Like This” by Dylan Flynn and The Dead Poets, which is being released on February 10th, is a song that a lot of people will relate to and will have shared experiences with. The EP will be available wherever you choose to listen to music.

Show your support by following Dylan Flynn and The Dead Poets’ social media accounts on Facebook, and Instagram. You can also keep up to date with the band and their events through their website.

Ceol Beo i Ré an Choróinvíreas: ‘The Kooks’