An Focal’s Siadbh Redmond analyses Irish Rugby’s relationship with Leinster and what it means for the side. 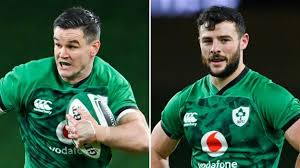 With a new international competition deemed the “Autumn Nations Cup” taking place, is Andy Farrell’s squad relying too much on Leinster players, rather than picking up-and-coming athletes from the other three provinces?

At the end of the three weeks of matches in the groups, each team in Group A will face the team in the corresponding position to them in Group B.

Ireland finished a disappointing Six Nation campaign in Paris, with a serious loss to the French hosts. Since then Andy Farrell and his coaching staff have brought in extra players to the squad including three uncapped players- James Lowe (Leinster), Shane Daly (Munster) and Billy Burns (Ulster).

Within these changes made since the six nations, Leinster still holds the most players on the squad, with 14 players being selected. The next biggest selection of players coming from Munster with 9, following on is Ulster with 5 and finally, the smallest number is taken from Connacht with 4 of their players part of the Ireland squad.

‘Development players’ is now part of the lingo around the coaching staff, and seemingly these players are coming from the Leinster setup.

If Andy Farrell is going off results alone, then it is obvious why there are so many Leinster players on the squad.

The provincial side was unbeaten in the Pro 14 last season and have started this season off with six more wins. On top of this, they are searching for their fourth title in a row.

The province also completed the coveted double in 2018, by grasping the European Champions Cup title as well as their domestic crown.

Veterans like Cian Healy and Johnny Sexton have been mainstays in the squad for over a decade.

Hugo Keenan, who had a huge debut against Italy in the Six Nations scoring two tries as well as the recent man of the match winners Will O’ Connors and Caelan Doris, offer different playing styles with serious handling skill and power, all coming from the senior Leinster team.

Perhaps their performances in the Pro 14 competition and ideal age group has earned them their places on this squad.

Although Leinster’s results boast an accomplished record helped by an impressive amount of squad depth, other provinces are developing their own players.

An obvious omission from the squad is Ulster’s scrum-half, John Cooney. Having been initially omitted from Andy Farrell’s post-lockdown Six Nations panel, Cooney finds himself out in the cold again.

The Ulster number 9 is fresh off his own man of the match showing against Cardiff Blues but it still is not enough to force his way into the squad.

It’s hard to know what had omitted players like Cooney, with another Leinster player, Jamison Gibson-Park, taking his place in the squad for their opening encounter with the Welsh.

Hopefully, Farrell’s selection of 14 Leinster players will work in the team’s favour, gaining them much needed confidence after their Six Nations Campaign but it remains to be seen what it could mean for players left out in the cold.