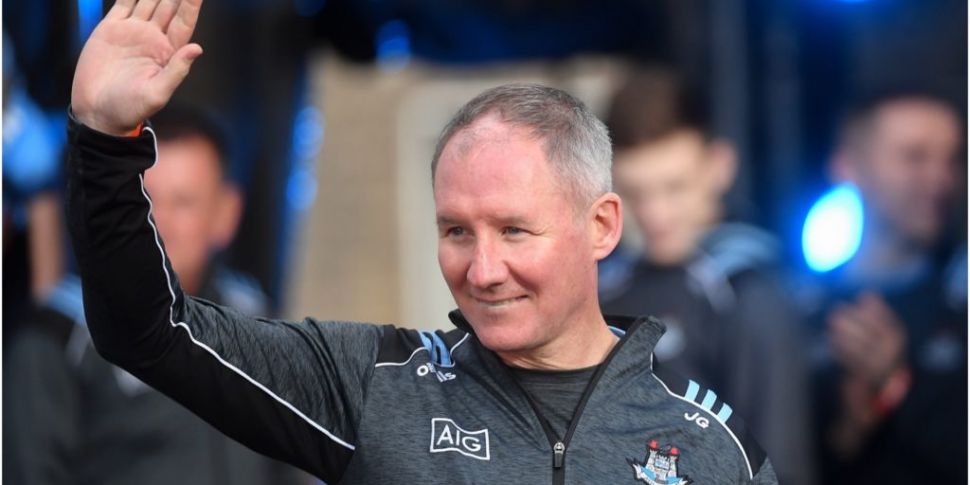 Jim Gavin has resigned as Dublin GAA football manager in a move that has shocked the GAA community.

The man who managed arguably the greatest team in Gaelic football history, Mr Gavin leaves a legacy that many will equally adore and envy.

Chairman of the County Committee, Seán Shanley said in a statement on the inter-county side’s website that he regrets Mr Gavin’s departure but appreciates the sacrifices he made during his long stint with Dublin GAA.

Mr Shanley added: “Dublin GAA will be forever grateful to Jim Gavin for his dedication, commitment and contribution as a player and, since 2003, leading the next generation of players at U21 and Senior level.”

Regarded as one of the best managers of the modern game, Gavin rose through the ranks of Dublin GAA to carve his legacy.

Gavin made his inter-county debut at 16 for the Dublin minor team after having developed his skills at both club and school level with Round Towers GAA, and Clonburris National School and Moyle Park College.

After becoming an All-Ireland runner-up as an unused substitute with the minors, Gavin began military pilot training with the Irish Air Corps, missing out on any possible U21 involvement for his county.

Gavin re-entered the fold after his training, joining the senior team in 1992, going on to play a key role for the boys in blue over the next decade, helping the side to win the All-Ireland in 1995 after a 12-year drought. Gavin also had a hand in his side’s victories in numerous Leinster finals and one National Football League (NFL) final over the 10 years he spent playing.

Gavin was appointed manager of the Dublin senior team on October 1st, 2012.

What followed his appointment was one of the greatest periods of inter-county dominance the game has ever seen.

Under Jim Gavin’s expertise, the Dublin senior football panel of the 2010’s won 6 All-Ireland titles, including an unprecedented five-in-a-row, as well as seven Leinster titles, five NFL titles and one O’Byrne Cup in 2015 (Paul Clarke was at the helm for the county’s 2017 victory).

Jim Gavin’s side, one filled with players he nurtured at U21 level, were ruthless in their play, tiring out opposition with their superior fitness levels.

The side managed only one loss in championship football under Jim Gavin – a six-point semi-final loss to eventual runners-up Donegal, then managed by Jim McGuinness, in the 2014 campaign.

With Jim Gavin’s resignation comes the possible end of Dublin’s dominance of the inter-county footballing scene.

A period up there as one of the best for a county alongside the legendary Kerry side of the 1980’s, the Dubs’ decade of dominance will love long in the memory of fans of the sport, many of whom will grow to appreciate what Jim Gavin managed to do over time.

Chairman Shanley said: “The committee will commence the process of considering suitable candidates to replace Jim and his management team shortly.”

Dessie Farrell, a former Dublin captain and another member of the 1995 All-Ireland winning team, is seen as the front-runner to replace the legendary manager.

Like Gavin, Farrell has been involved with Dublin GAA at the lower levels, coaching the minor side to their 2012 All-Ireland win as well as guiding the U21’s to glory in 2014 and 2017.

Most recently with Dublin club Na Fianna, Mr Farrell is tipped by figures such as fellow former Dublin captain Ciarán Whelan, according to RTÉ.

Whoever it may be that inherits the job might not oversee similar success to Gavin but with a popular figure like Farrell on the cards who shares a similar path to Gavin, it is evident that the taste of success has not gone sour for Dublin GAA.

A prosperous post-Gavin life may await this hungry Dublin side.