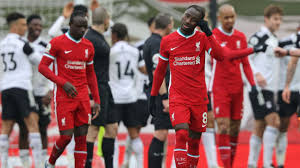 “Everything I learned, I learned from him…”

When a team kicks into 5th gear and the moment comes when the collective passengers decide that they want to see how fast the car can really go, there is not much that can be done to dry the thirst of the passengers and driver from doing so, once the adrenaline of knowing you’re the fastest car on the track, and that you will be for some time, why would you even consider to slow down now?

Can’t stop for gas, or replace the wheels, why that would just slow the car down, we want the fastest lap, win the most races, show off how efficient this vehicle is.

How well tuned and perfectly assembled the parts are, so with every turn, the vehicle gracefully bends in motion, that every other driver can only pay gritted compliments in the wake of their realisation that nothing can be done now, just have to wait for them to slow down for gas.

But for 2 years that pitstop never came and that German-engineered car was willingly pushed to breaking point, the point where it could go no further without slowing down, and once the driver and his team realise that the car must be slowed, and sent for replacements, it is then when the parts beneath the driver’s feet start to give out and become unresponsive, and what follows is the predictable crash.

The discourse surrounding Liverpool’s 20/21 season (So far) has been varied, to say the least. A back-and-forth slog of arguments that want to find the donkey to pin their tail on.

First, there was no donkey to speak off, continue as normal, keep the show on the road, and that car in 5th gear.

The loss in charity shield, “Fine, lost it last year, no worries,” That loss to Aston Villa- “Just one of those days, we’ll be fine,” the loss to Southampton, United, Brighton, City, Leicester, Everton, Chelsea, and Fulham. Now, it’s not just a problem, it’s a full-blown crisis.

Every one of them, you could argue, was worse than each other in their own way, every single one.

But the one unmentioned takes the cake, the Burnley defeat, not just because it broke Liverpool’s seemingly unstoppable home record, but because of what that loss represented.

Because in the rest of the losses, it’s just dropped points, ground to be made up, but the Burnley loss was the ending sentence on a chapter of unrelenting belief from a victory over Porto on February 14th, 2018 to the defeat by Burnley on January 21st, an almost 3-year span where the never say die attitude always persevered, but the day against Burnley is when that unshakable belief was rocked.

The Burnley defeat signifies more than a broken home record, something is rotten in the middle of Liverpool, and no, it’s not Everton, not this time – something much worse.

A lot has been made of Liverpool’s injury list this season.

Sometimes justified, sometimes not, injuries are not the single reason why the house of cards has been kicked in, Vardy at the corner flag style.

The fact of the matter is the overreliance on numerous players that are crucial for Klopp’s system to work efficiently has not been there. Why not? Well, it is not just injuries, as I said, but most of the other reasons, stem from the injury problem.

The lack of defensive depth was risked going into the season, the injuries to Van Dijk, Gomez, and Matip forced the hand to make cover either in the form of academy players or players whose main position is not centre back.

Most of the time, it was the latter, in the form of either Henderson, Fabinho, or sometimes both of them.

Which in that case means that the two best players to carry out Klopp’s system in midfield are now out of place in that system, and what occurs is that the replacement midfielders aren’t as good (obviously they’re replacements) but what occurs is that now both the defence and midfield is compromised, as both are now filled with players that aren’t supposed to be there, or play there for most of the season.

But that was it for injuries, no one else got injured, everyone lived happily ever after, Rangers went on the biggest bottle job ever seen and Celtic won 10IAR, Inter won the Scudetto with over 100 points, and everyone chipped in to build a catapult that was used to fire John Terry into the sun.

But no, we can’t have nice things, what we got instead were injuries to both Henderson and Fabinho, so that’s fine, it’s fine, just fine, no it’s fine, actually all fine, no really it’s fine. just fine. Fine……(But it wasn’t fine).

So, with all that mess of injuries and covering nonsense, what that meant was that Klopp didn’t and still does not have an operating, functional system to carry out his style.

The output from the fullbacks now does not have the safety to go forward, because the defence and midfield can’t supply that safety, so those passes relied upon from the fullbacks get cut off most of the time, which adds to the whole sense of disjointedness, epitomised by the front 3.

The once telepathic paring now plays as though they can’t make each other out in a line-up, with the unavoidable truth that Firmino can’t cut it anymore being the hardest pill to swallow since Torres.

A multitude of potential donkeys to pin the tail on, not even mentioning Thiago, the nonsense litmus test for this season, anyone that pins the whole mess on one player, I find hysterical.

There could be, however, precedent for this moment, to give an insight into the future for this crisis.

The first being an example from Klopp himself, that this isn’t the first time that a side under Klopp has capitulated in carrying out his style, his Dortmund side in 2014, after losing multiple key players, not through injuries, but sales, Dortmund were not able to fill the gaps left by Gotze and Lewandowski, and the squad was not capable of covering.

Now I doubt it will get as bad as Dortmund 14/15, considering Klopp was sitting rock bottom of the Bundesliga in January when he decided to announce his departure at the end of the season.

So, in the pursuit to find any silver lining, for this current crisis, it is that this isn’t the worst crisis that Klopp has faced, but that doesn’t make it okay either.

A more similar example however is Klopp’s teacher, the coach who Wolfgang Frank (Klopp’s manager at Mainz) based his whole style, the style of the infamous Italian shoe salesman, Arrigo Sacchi.

Arrigo Sacchi is in simplest terms, was Klopp before Klopp existed. Sacchi-the press master, who, while at the helm of Parma, Milan, and Italy, introduced a style of assembled ideas to produce the modern high press – the style that blew away the competition once his Milan team got into full swing, with titles and European glory following suit.

Until however, the mentally and physically demanding coaching after 4 years developed cracks, the pressing machine started slowing down.

The press that had been the staple, the guarantee, the energy that it was, was now void. Teams sat back and Sacchi’s unwillingness to produce a plan B led to his departure at the end of the season.

Now, why is this relevant? Well, time and time again Klopp has quoted Sacchi as his main influence, when Dortmund played Napoli in the Champions League in 2013, Klopp after hearing that Sacchi was part of the studio analysis team upstairs, exploded into compliments of the man, saying that “If [Sacchi] can do what he did with Maldini, Baresi…., we can do it, not as good, but we can do it. I am 10% of what Sacchi did…I learned everything, everything I am as a coach…. everything I learned, I learned from him.”

As an absolute apostle of Sacchi, one must hold not just good but the bad also.

The trace of the current problems of Liverpool is a line that stretches back to Sacchi’s Milan, to a similar struggle of a pressing system coming apart at the seams. Klopp has now faced that struggle twice, doing what his teacher could not in that case of Dortmund’s crisis, in which he turned it around, unlike Sacchi at Milan or Italy.

Klopp’s precedent of dealing with the hereditary problems of the style he inherited instils a belief in his capabilities to quell the current crisis at Liverpool. He has surely earned enough stock to be backed in investment for the remaining years of his contract, to oversee and remedy this crisis and potentially another period of glory. He has surely built enough stock and goodwill to wipe away any notion or doubt that he can’t produce yet another miracle.

In the man that made every single Liverpool fan believe again, who are we to doubt him?