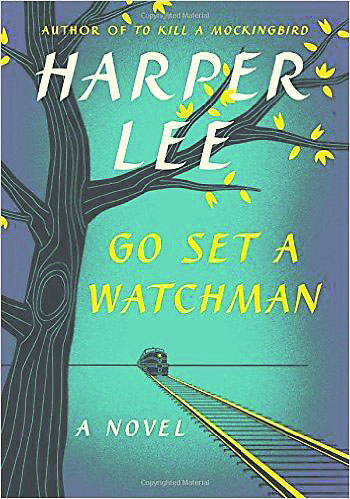 Fifty five years after the publication of one of the best selling, culturally defining novels of the 20th century, comes Harper Lee’s second novel, ‘Go Set a Watchman’.  Lee’s first novel ‘To Kill a Mockingbird’, is a story that resonated with multiple generations around the world. It is a classic book, one that is undeniably a literary masterpiece. ‘Go Set a Watchman’ is not that book.

The plot follows our returning heroine, Jean-Louise Finch, as she returns home from New York to her small town of Maycomb, Alabama. But many things have changed in this sequel. The voice of young Scout Finch is no more; she is now Jean-Louise Finch, a strong independent woman who works in the big city, New York. Those who were hoping to get another glimpse at a broken world through a child eyes will be disappointed. There are no such insights in this novel.

The fantastic dynamic from ‘To Kill a Mockingbird’ wherein an adult Scout told the story through her childhood memories is gone. Instead, there is a bland, detached third person voice that will just make you want to put the book down. This is a great disappointment as the novel is set during an incredibly important time in American history. The civil rights movement had gained serious traction and actual change is coming upon the people of Maycomb County.

While there are still some thought provoking moments and poignant theories on the condition of man, it’s a shame that the precedent set by ‘To Kill a Mockingbird’ only serves to let the reader know that the author can handle these moments with much more skill than is evident in the novel.

The plot does not follow an array of wacky, lovable, and believable characters, racial prejudice, what it is to grow up, human moments, paragons of virtues and life lessons. Instead ‘Go Set a Watchman’ reads like a passable young adult novel. Love triangles and big decisions about whether to be a traditional mother, or a career driven woman slow down what otherwise could have been an exceptional return by Harper Lee.

Characters that readers may have been eager to welcome back into their lives are mysteriously dead without any real explanation, or have suddenly had their most defining characteristic flipped. One character is so far removed from their previous incarnation that it’s impossible to believe that they could be the same person.  This may be due in part to the dubious nature in which ‘Go Set a Watchman’ was published, many people believing that an elderly Harper Lee may have been coerced by a publisher into releasing it what is essentially a first draft of ‘To Kill a Mockingbird’.

For whatever reason, the plot is not as compelling as it could be as the subject matter itself seemed the perfect subject to return to. Ultimately, Go Set a Watchman is an entertaining novel on its own merit but is not a worthy successor to ‘To Kill a Mockingbird’. But that’s a hard act to follow.