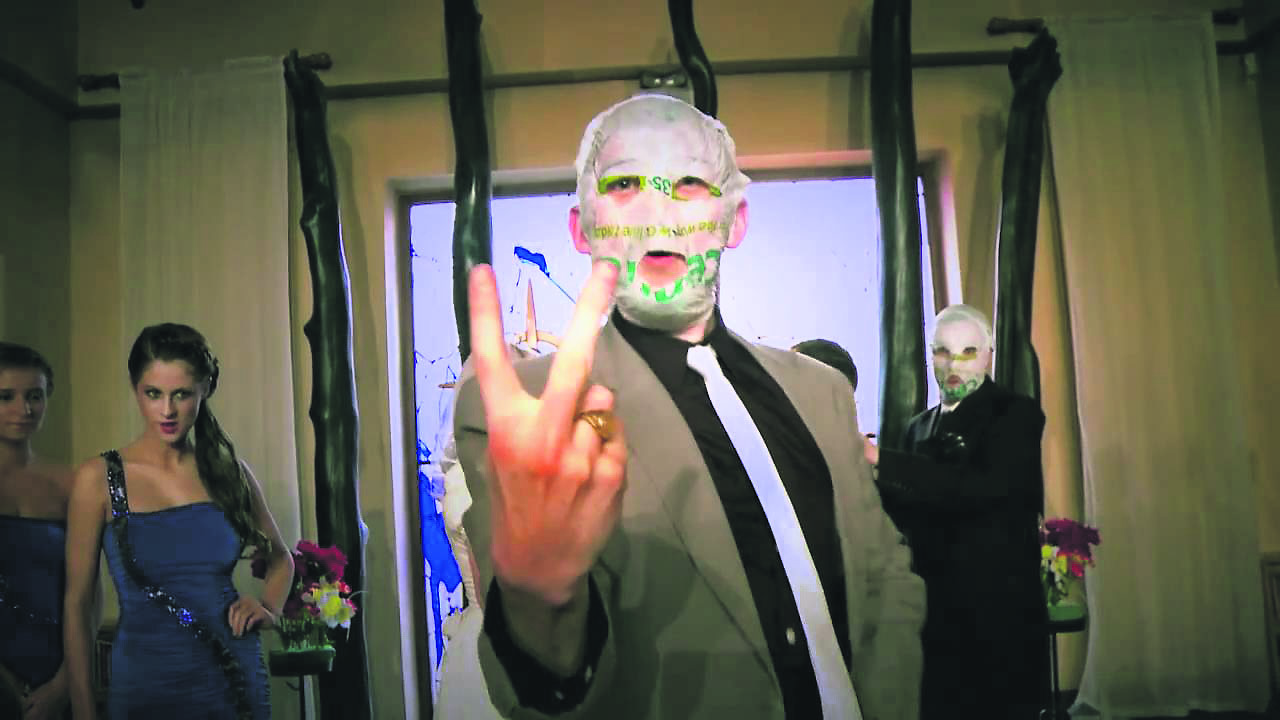 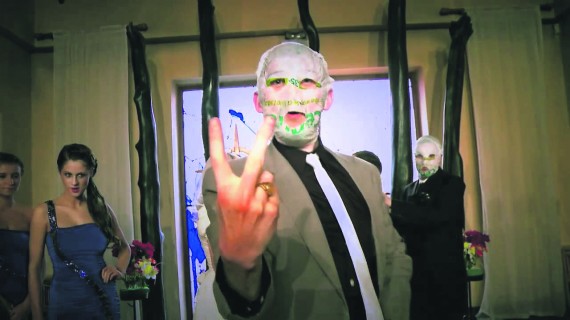 Blind Boy from the Rubberbandits was on campus in Week 7 to receive the Auditors award from UL’s very own Debating Union.

Auditors, Rachel Jones and Sarah McCarty of DebU were the ones who decided the Limerick-born comedians deserved the highly revered and prestigious award on the grounds that they’re a group who have brought discussion and discourse to the mainstream.

It’s hard to disagree, the Rubberbandits like to cause controversy wherever they go – look at their gallery they recently set up in Japan or their opinionated Facebook page which has talked about the Troubles and the Marriage referendum in vernacular more in tune with the Irish people.

The Rubberbandits talked about this largely during their presentation in Plassey House on the night they were presented with the award. They described the importance of taking the seriousness and “solemnity” out of issues and how this shows the true ridiculousness of some statements, often hidden behind technical legal jargon that exists pretty much for the sole purpose of confusion and inciting fear in those unfamiliar with this particular language.

Blind Boy’s presentation was genuinely interesting and they talked extensively about creativity, inspiration and self-esteem and how they relate. It was intriguing, surprisingly well thought out and complex, proving their worthiness of such an honour and reassuring some of the higher up parties in UL who were present.

Blind Boy managed all of this while remaining a funny comedic figure, getting regular laughs out of the well-dressed, posh-looking crowd. He was accompanied of course by Willie O’DJ, the group’s DJ, who refused to speak, but gestured regularly also gaining fans for his humour.

This is exactly what makes the Rubberbandits so special: their ability to connect with regular people and it is this that Sarah McCarty and Rachel Jones recognised which many don’t – they are bringing the debates that are usually reserved for the hoyty-toyty upper-class of society, to the regular person, something the Irish government and politicians around the world have struggled to do.

They have begun to break through the barrier that exists between law-makers and the law-abiders, the miscommunication between the two perpetuated by the notion that if we are to affect these issues and policies we must do so while speaking like stuck up snobs.

With the help of the Rubberbandits, Waterford Whisperers News and other satirical progressives, perhaps one day the Irish political parties will not be exclusive clubs reserved for the offspring of existing party members.

Instead they will be truly open to the Irish public to become involved, active instigators of change, as opposed to the passive apathetic “sometimes we’re arsed to vote” drones which we have become through the decades of inability to engage with our own party system.

Even more, the comedy duo incited this sort of discussion from many of the attendees while smoking an e-cigarette and cursing, just like regular people do.

Cumann Gaelach: Bringing Gaeilge back to you