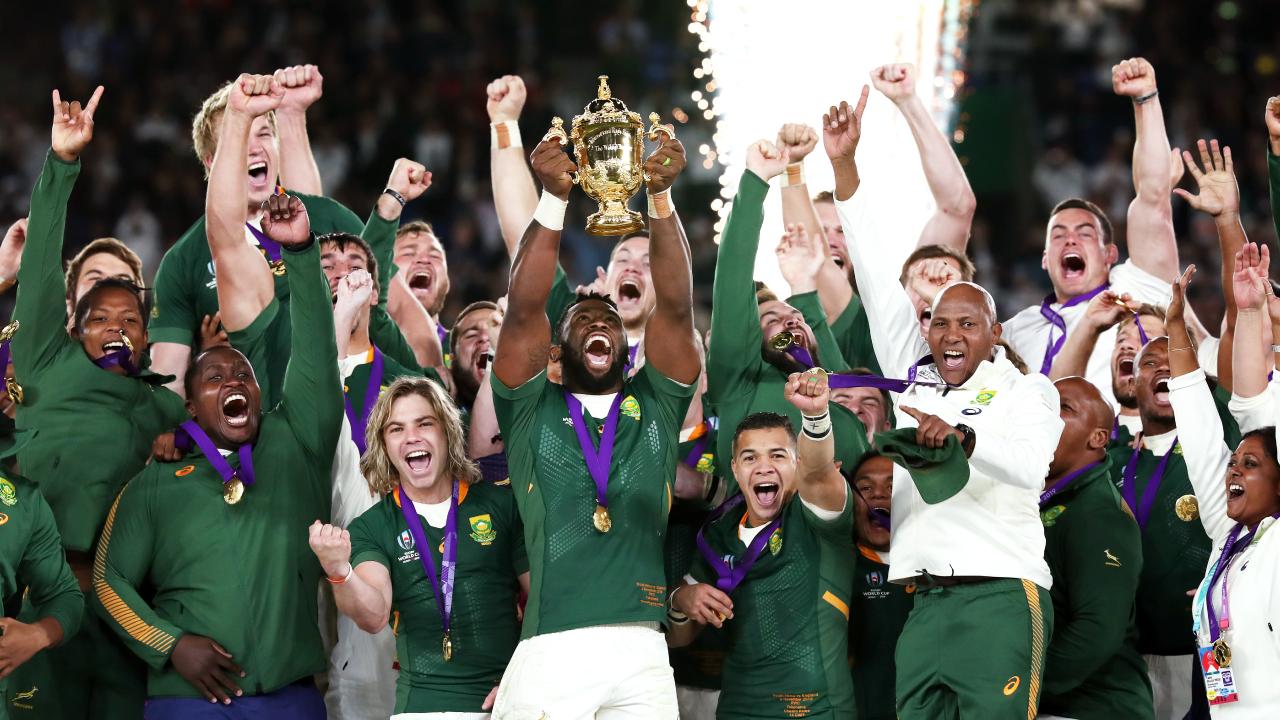 The 2019 Rugby World Cup (RWC) final was played out in Yokohama.

A repeat of 2007, England was out for revenge while South Africa looked to remind England of it with another final win.

Both teams were fully deserving of reaching the final, with England being seen as the favourites.

Handre Pollard kicked off his final with a missed kick from afar.

Kyle Sinckler went down, suffering a shoulder injury. The tighthead was replaced by Dan Coles.

South Africa dominated the early stages and were rewarded for it when Pollard scored with his second team.

A kicking game ensued with both teams managing to gain a lot of ground. England came closest to a try but failed to move further than the opposition’s 22.

Injuries piled up for the South Africans, with Mbonambi pulled off for a head assessment and lock, Lood de Jager, forced off with a dislocated shoulder. Malcolm Marx and Franco Mostert.

They managed to win a penalty from the attacking play, with Farrell converting to level the game.

England came close once again, being inches away at one point. Some outstanding South African defence pushed them away, but Faf de Klerk gave a penalty away when trying to do his bit. Farrell brought it level again with a kick right under the posts.

Pollard replied instantly yet again with an unbelievable kick from over 40 metres out, giving South Africa a 3-point lead again.

Pollard added a fourth to give the South Africans a 12-6 lead at the break.

Koch and Kitshoff replaced Malherbe and Mtawarira shortly after the restart.

Pollard produced a monster kick from before the 50-metre line to bring the game’s score to 15-6 – the final score in 2007’s controversial final.

Farrell added three from 40 metres to bring the game within a converted try.

Pollard added another three to restore the nine-point lead at 18-9.

Farrell added three more for the English to bring the game back within a converted try.

Pollard failed to put one over from 59 metres out, showing he is human after all.

South Africa got over the line after a beautiful play finished off by Mapimpi. The TMO awarded the try, but it seemed that a forward pass was made in the build-up.

Pollard converted to put the Springboks 13 points up.

Cheslin Kolbe wrapped it up with a beautiful run to finish the English off. Pollard added two to rub salt in the wound. 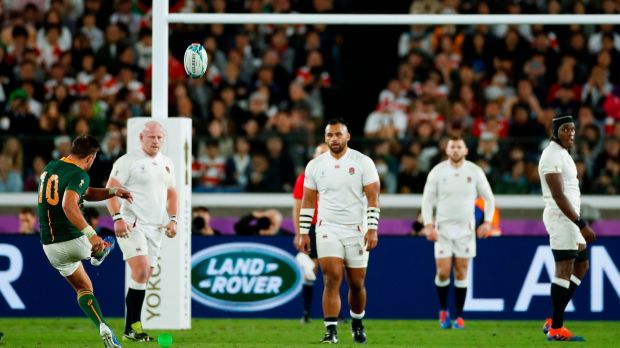 Pollard tried a drop-goal, but it ended terribly.

South Africa won their third RWC after a dominant display. A fantastic world cup ends brilliantly, rounding off the perfect year. A fun fact – they’re the first team to win the RWC after losing a group game.

England peaked in the semi-final against New Zealand.

A sterile display, courtesy of a fantastic Bok defence, was all they had to show after beating the All Blacks.

They should be proud of how far they got in the tournament and should use them to drive forward and keep growing.

A fantastic RWC finished with a one-sided display.

An underwhelming end to an otherwise brilliant RWC, but finals have a tendency to disappoint in rugby.