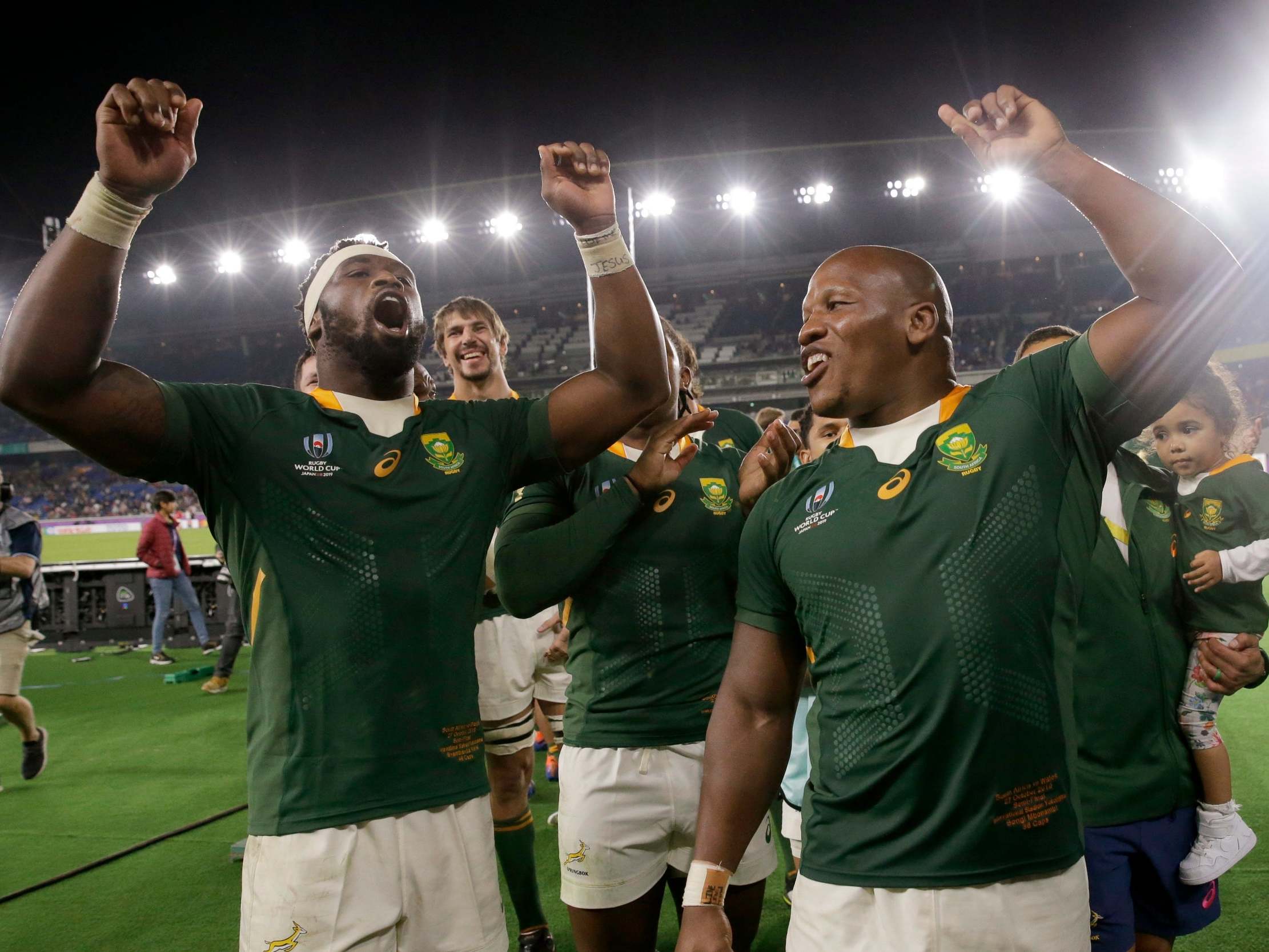 Nothing could separate the two teams on paper, both seen as even in quality.

Wales came into the game looking to continue their winning streak.

They were on top form but needed their best game yet if they were to progress.

South Africa have carried their fine form over from their Rugby Championship win this summer.

Rassie Erasmus and his side were hoping this form would continue today and lead to the disposing of Wales, setting up a date with Eddie Jones’ England.

An even start was nearly blown open after a fantastic Wales scrum, but forward passes were to blame.

A communication mishap showed further rustiness from the Welsh as Gareth Davies collided with Leigh Halfpenny under a high ball.

George North was close to entering a heated exchange with Mapimpi after marking.

However, it was pulled back for a penalty after a high tackle by Tipuric, Pollard converting to put the Springboks 3-0 up after 15 minutes.

Wales surged into the South African 22, thanks to lovely passing play. South Africa conceded a penalty after coming in at the side, which Biggar placed between the posts.

Ross Moriarty got lucky after missing a high ball and getting taken down in the air.

Pollard added three more to the board a minute later to put his team in the lead again.

Mapimpi provided Welsh fans with an early scare, nearly catching a high ball outside their 22. Faf de Klerk was stripped off the ball outside the Wales 22 after the South African maul couldn’t break into it.

South Africa were able to push into the Welsh 22 after kicking into touch, Wales turned it over before the Boks could capitalise.

The Springboks were able to force a penalty after a second lineout, Pollard easily converting the opportunity.

Tomas Francis was taken off with what appeared to be a shoulder injury, a possible dislocation; Dillon Lewis replaced him.

Wales found their way into the opposing 22. North went down with what was speculated to be a pulled muscle, but he wanted to carry on and finish the half.

Biggar converted the penalty after Le Roux’s knock on, and Biggar was substituted after, replaced by Owen Watkin.

Wales got the ball off the field to end the first half.

Vermuelen went down early in the second half after falling awkwardly, but he carried on.

A rare mistake from Faf de Klerk gave Wales a lineout in the Bok half.

Faf looked to start a fight, appearing to do so in order to rile up Wales players and get in their heads.

Shane Williams passed it off as nothing more than a discussion – “They’re just discussing what shampoo they use in their hair and beards.” 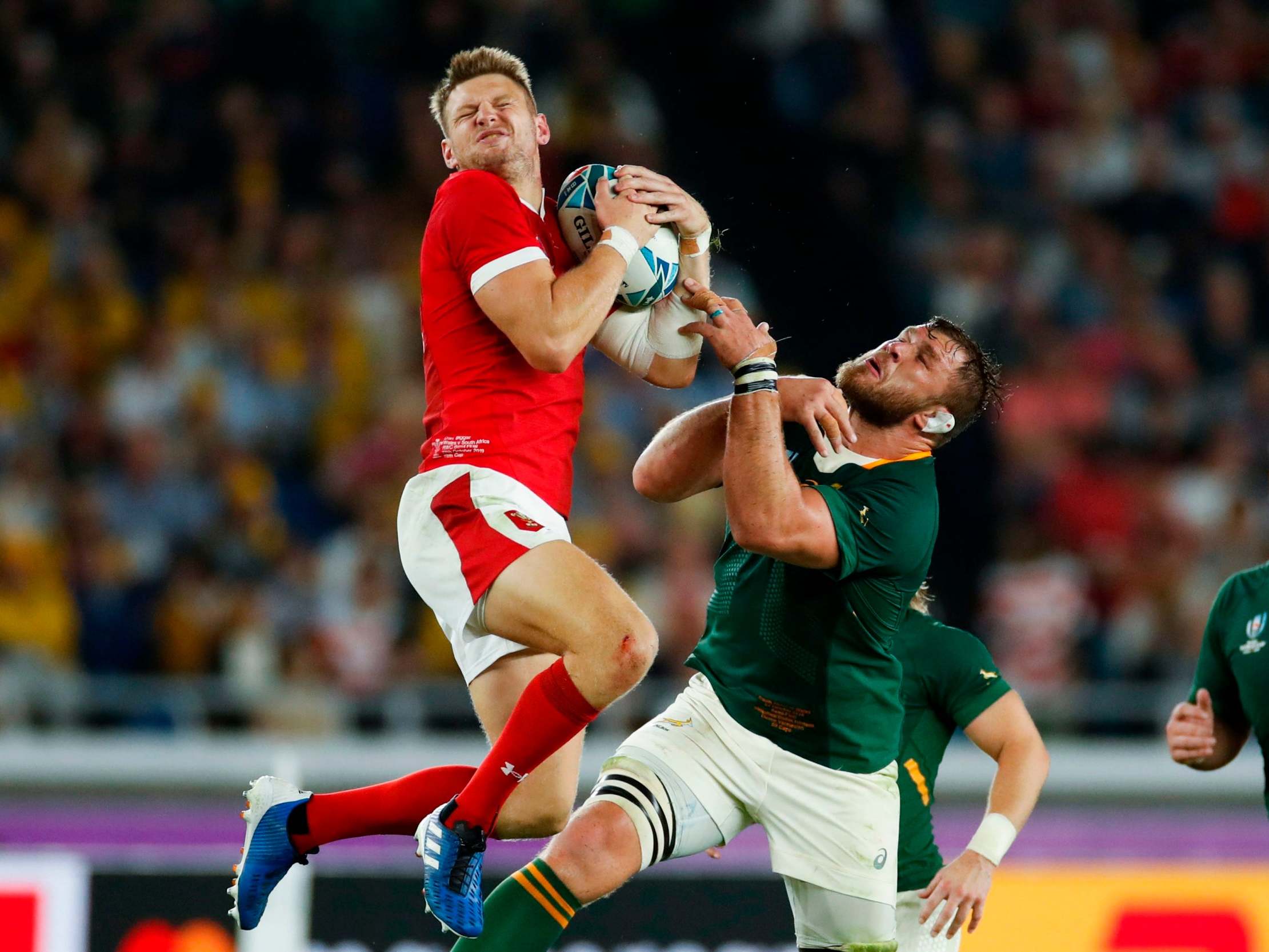 South Africa mounted pressure on Wales but couldn’t make good in their attempts to get to the Wales try line.

Damien De Allende got the game’s first try after Handre Pollard broke into the Wales 22, and Pollard added two to put the Boks seven ahead with just over 20 minutes left.

Wales camped in South Africa’s 22 for the next few minutes. South Africa’s hardline defence kept them out, but a penalty gave them a five-metre scrum.

Josh Adams was the man who dived over the line to bring the game within two.

His sixth in the tournament, Adams now leads the try-scoring charts.

Halfpenny brought the teams level with a fantastic kick.

A brilliant catch from Halfpenny won Wales the ball, but South Africa were able to get it back and win a scrum in the Welsh 22.

Rhys Patchell attempted a drop goal, but his technique wasn’t right, and the opportunity was wasted.

A momentum shift occurred, and South Africa found themselves with a penalty outside the Wales 22.

Pollard added the points to move his team ahead.

Faf kicked into the Wales 22, with Wales conceded a penalty in the lineout that followed, ending Wales’ dreams.

South Africa will be England’s opponents in this year’s final. 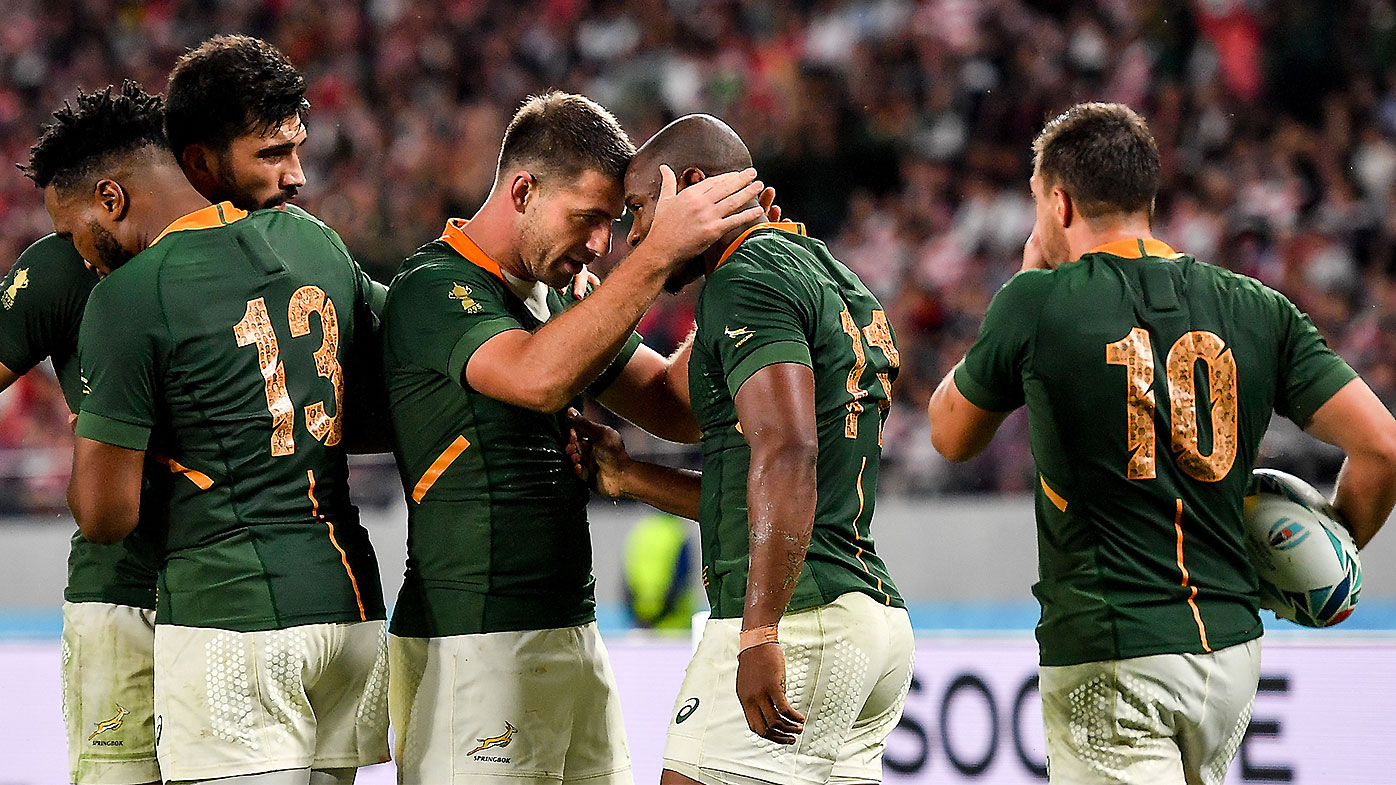 A repeat of 2007, England will be out for revenge against the Boks, who need to perform like they did today to have a chance.

Warren Gatland will finish his Wales career coaching them in the third-place play-off against New Zealand.

There will be huge disappointment among the Wales camp, but it was a tight game that could have gone any way.

Their fans will be very proud of their showing in Japan.

We look now to the final and third-place play-off, after a tight game of rugby, the tension surely converting those watching who previously weren’t fans of the sport.

Two great match-ups to look forward to and, hopefully, a fantastic end to a fantastic RWC.