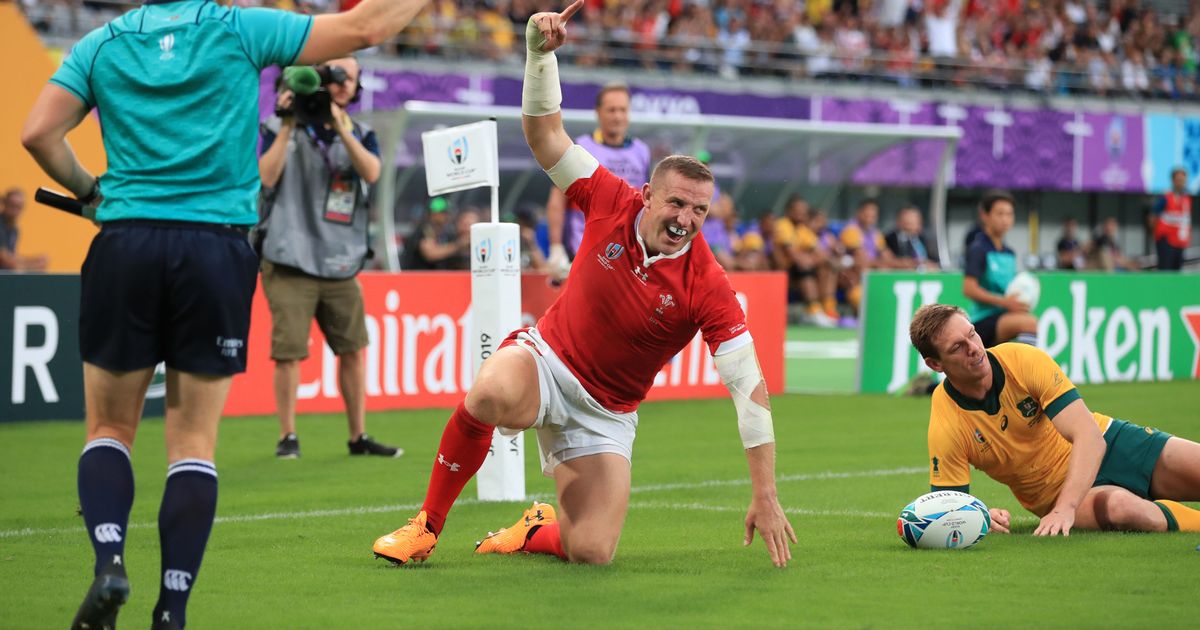 Wales and Australia went head-to-head this morning that was billed as Pool D’s decider for its group winner.

Wales, at one point 1st in the world, came into the game as favourites and were tipped by many to edge past Australia.

Wales got the party started almost straight away with a lovely drop goal from Dan Biggar.

Biggar then missed a penalty two minutes later, slotting it off to the left.

Adam Ashley-Cooper was the man who gave it away – he was off his feet in the ruck.

Multiple knock-ons and turnovers occurred in the next few minutes, frustrating both sides.

Wales were the ones who managed to keep it together to capitalise with Hadleigh Parkes touching down for the Welsh after a clean crossfield kick from Biggar.

Biggar slotted the conversion over with ease from a tight angle. 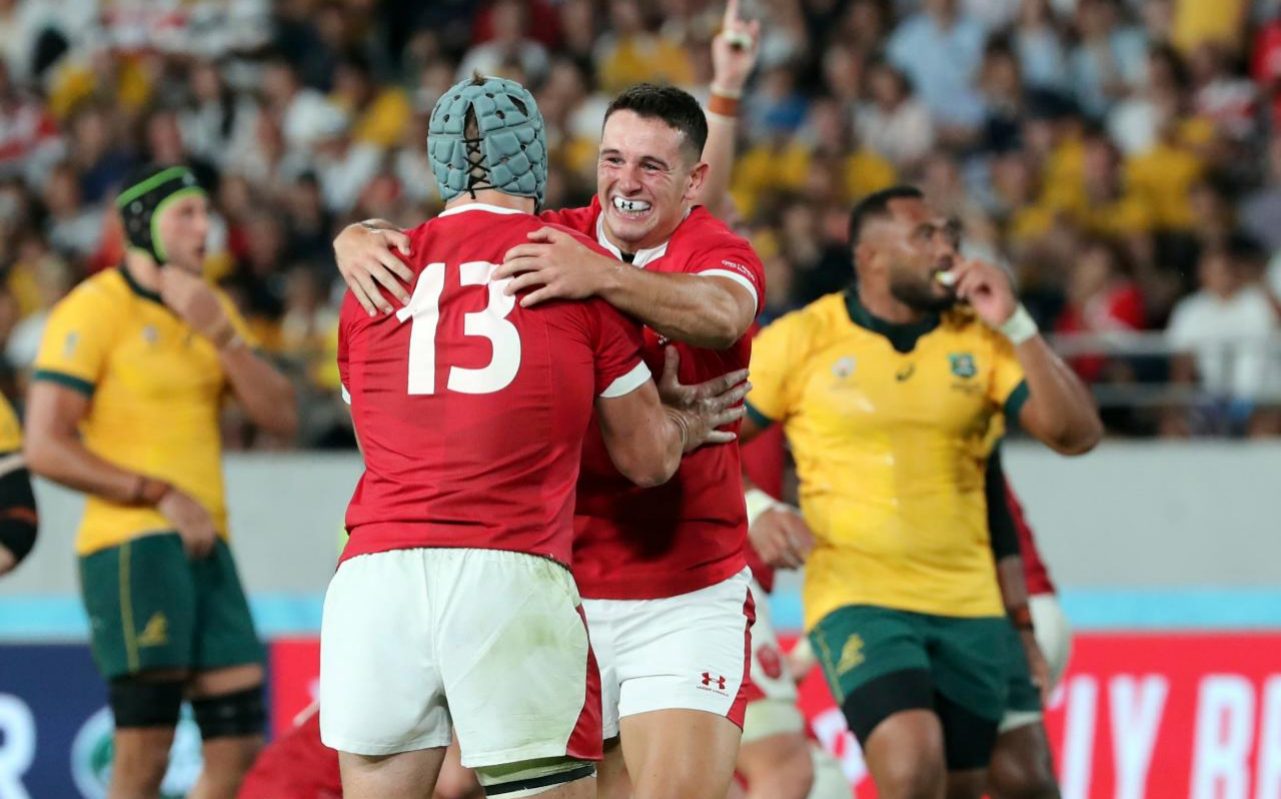 Biggar looked to further Wales’ lead beyond 10 with another drop goal but failed to muster the same magic.

A pinched Wales lineout was defended well by the red men with the maul going nowhere and a turnover being forced.

Australia won a scrum shortly after, which led to a Bernard Foley crossfield kick to Adam Ashley-Cooper, who dodged a tackle and got over the line.

Australia looked to get level with Wales and pressured them heavily for a number of minutes.

Kerevi got through the Wales line with the use of fancy footwork before George North saved the day with a try-saving tackle.

It came back to an earlier penalty, coincidentally given away by North, and Foley put his chance between the posts.

Biggar came off for a Head Injury Assessment (HIA) after his tackle, replaced by Rhys Patchell.

Patchell got on the scoreboard as soon as he got on with a nice penalty, courtesy of Hooper for coming in over the top.

A lengthy TMO check saw Kerevi somehow get away with handing Patchell off at his throat.

Right after the penalty, Gareth Davies broke through after a fantastic interception and went all the way to put this game to bed before the first half ended.

Patchell put the kick over to further lead with Wales up 23-8 at the break.

Patchell’s drop goal was the first blow struck in the second half.

Australia replied instantly with a fantastic play ending in a Hayland-Petty try after a lovely offload by Pocock.

Matt Toomua placed his first kick over with ease.

Gareth Davies nearly punished the Wallabies again but couldn’t hold on to his interception.

Australia kept their pressure up, but Wales held a strong and sturdy line, forcing them back under pressure.

Michael Hooper made sure that didn’t last as he got over the line.

Toomua tapped it over, and the game was back to four points.

Wales started to get nervous and conceded a penalty they shouldn’t have – wheeling the scrum.

Toomua added three more to bring the game within one.

Wales sensed a defeat on the cards and started to compete again.

A crossfield kick by Patchell nearly put North in for a try, Kurtley Beale blocking him off.

Patchell continued his fine form to put the gap back to four with eight minutes left.

Wales conceded another penalty in the scrum with four minutes left but couldn’t kick it out for a lineout, a fantastic effort by Tomos Williams.

They’ll be impressed with the result but disappointed with their second-half attacking performance.

They’ll most likely finish top of the group after this and could reach the semis if they avoid England.

Australia will be hugely disappointed.

After dominating the second half, they only have a losing bonus point to show for it.

A date with England may await them, possibly a quarter-final exit if that happens.

Yet another fantastic game of rugby for this fantastic World Cup.

The Japanese must be loving this.

This Rugby World Cup is the best in years so far – what a way to promote your sport.