An Focal’s Jamie Dowling gives his thoughts on the Government’s decision to take away the elite status of GAA sports. 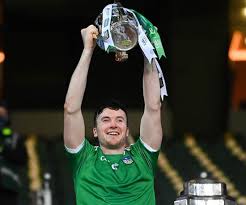 At the start of February, GAA fans had their worst nightmares confirmed with the announcement from the Government that the GAA was not an elite sport anymore.

This means that GAA cannot take place under current restrictions.

The news was greeted with dismay and anger from players, managers and fans up and down the country after the GAA lit up the dark, gloomy winter months and gave people something to look forward to.

Last summer, the GAA came up with a return to play protocol to get the Gaelic sports back up and running.

This made every team have a covid officer and before every training and match a questionnaire had to be filled in by each player making sure you were in full health.

This return protocol worked a treat with club action returning first before the inter-county action and the majority of club championships finished only for the GAA to pull the plug with celebrations of county finals going viral and causing a rise of Covid cases.

After the completion of the club scene, the inter-county championships got underway bringing joy to many people and having a positive impact on the nation’s mental health.

So, what has changed the Governments mind? Why isn’t our national sport no longer deemed an elite sport? What is the rationale behind it?

I believe the decision to deem that the GAA is no longer an elite sport is disappointing and damaging.

Although January was a bleak month with cases on the rise, hospitalisations and many tragic deaths from this virus, the return of the nation’s iconic sports was on the horizon.

I don’t know the exact figures but from what I’ve heard from NPHET and health experts is that there haven’t been any transmissions from training outdoors in a controlled environment.

So, for the life of me, I would like someone to tell me why and where this decision has come from.

The League of Ireland and the provincial Rugby are still considered elite sports which I don’t have a problem with, but I believe that the GAA can match both of them sports with how it is run and the professionalism from all involved in GAA.

We’ve heard that it was the bubbles was the issue but I’m not sure that adds up either. The GAA is run so professionally at present with the protocols to put in place at both club and inter-county level and, as I mentioned above, about NPHET and the transmission rates within the GAA it just doesn’t add up.

We are now well into our third lockdown and people are getting tired and restless at this stage. I think if the GAA was deemed an elite sport it would ease some of this.

All sport brings joy and entertainment to people but especially our national sport and last winter, in my opinion, it brought light to people’s lives right across the country.

What is important now though at this stage whether the GAA is an elite sport, is to get the kids back playing and training as they have suffered most during the last year.

But for the benefit of those who give their all to their sport, these out of the blue announcements must stop and constant discussions with the government firstly and then the public need to commence.