An emotional and honest depiction of school shootings and teen trauma. 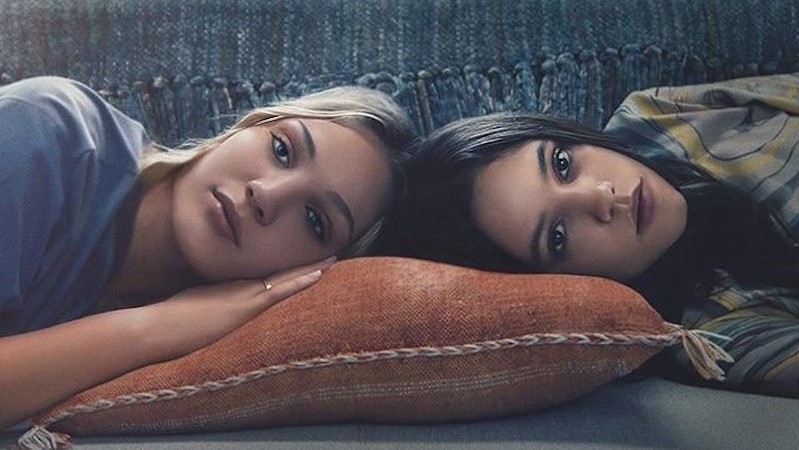 TikTok has had an incredible effect on the world of TV and film. It can introduce us to new shows and films, tell us which ones to avoid and more often than not spoil them on us. So, when The Fallout appeared all over my feed, I decided to watch it before I ended up seeing the whole movie through 30-second clips.

The first thing I’ll admit is that I was sceptical. From TikTok I had seen the movie’s crucial scene where Vada (Jenna Ortega) finds herself hiding in a bathroom stall during a high school shooting with another student, Mia, played by Maddie Zeigler. I questioned the seriousness of the topic given the casting of child reality TV star and Sia muse, Maddie. Honestly, I was worried she couldn’t act, especially in something so serious. I only bring it up because those of you who grew up watching her on Dance Moms may give this movie a miss on the same preconception, and it would be a mistake. Maddie delivers an incredible performance in her role as the traumatised teenager and establishes herself as an amazing actress.

We’ve seen school shootings portrayed in films before, but never like this. What struck me most was how early on the heart-wrenching scene takes place. Vada and Mia, two very different girls, find themselves huddled in a cubicle with another student named Quinton (Niles Fitch). The scene that we usually see halfway through movies as a plot twist, or after an apparent motive is clearly established or the shooter is introduced, takes place in the first few minutes of the film. We never see a gun, we never meet the shooter, we never get a reason why. This film is entirely about the school shooting, yet it is not at all.

There’s a lack of resolve after the shooting. We don’t know what day or what time the next scene is taking place until much later on. It gives this feeling of being suspended in time, not knowing what exactly is going on, a feeling the characters must be feeling in the aftermath of such traumatising events. Director Megan Park doesn’t wrap things up in neat, easy-to-digest parcels. The script and the direction convey that this is a real issue at present, with real victims, real stories, and real consequences. This film doesn’t water down the gun violence issue into a happy-ending, romanticised teen film. For 90 minutes, the actors are the true faces of those who have lived through mass shootings.

Vada forms an intense bond with Mia and Quinton in the weeks following the shooting. The film focuses on the characters trying to return to their lives. As mentioned, we don’t see the usual scenes of running, screaming, crying parents, armed police, or swarms of media. That’s not what this film is. This film is about, as its title suggests, the fallout. Vada struggles to feel anything at all, Mia is too scared to leave her house, and Quinton consoles himself with the idea that there must be a reason why it all happened. Vada’s best friend, Nick (Will Ropp), who was in a classroom during the shooting, turns to activism, speaking on TV and at marches and vigils fighting for change. Through these four characters, the film works through the intense grief, numbness, anger, confusion, and fear left behind after an incident like this.

Shailene Woodley makes an appearance as a therapist whom Vada eventually goes to see. Vada explains to her that she can’t fight for change or find a reason why it happened. Jenna Ortega delivers a stellar performance as a once “chill” teenager who just can’t seem to move on while everyone else seems to be finding purpose in their grief. Another performance worthy of mention is that of 13-year-old Lumi Pollack as Vada’s younger sister, Amelia. She leads the look at how Vada’s family has been affected by their daughter being caught up in the shooting. The young actress delivers the perfectly written scenes as her character tries to reconnect with her sister after the shooting.

Finally, the ending. Just as we start to see Vada starting to open up to her family and her therapist, and it looks like she’s making some real progress in dealing with her trauma, just as Mia finally returns to her normal activities, which she loves, Vada gets a notification, and it turned my stomach. In this final scene, the audience learns through a news notification that it has happened again. A further 12 students have died in another school shooting in another school. Most films will give you a neat ending where all your questions are answered, we get to say goodbye to the characters, the issues are resolved, and the audience is satisfied, whether the ending is happy or heart-breaking. As the screen fades to the credits as Vada sobs, we’re hit with a harsh slap of reality. This isn’t just a film or a plot or fictional characters. There is no happy ending for these victims; the loose ends aren’t tied up and the questions aren’t answered. Gun violence is a reoccurring tragedy that won’t stop until a real change is made.

Overall, this film gives us a deeper look at the stories we don’t usually see depicted in films: the life after a school shooting and the confusing grief that goes with it. All involved in this HBO Max film shine a light on the reality that so many teenagers have faced in schools where they should have been safe. With a well-written script and incredible performances across the board, this is not a film to be missed.