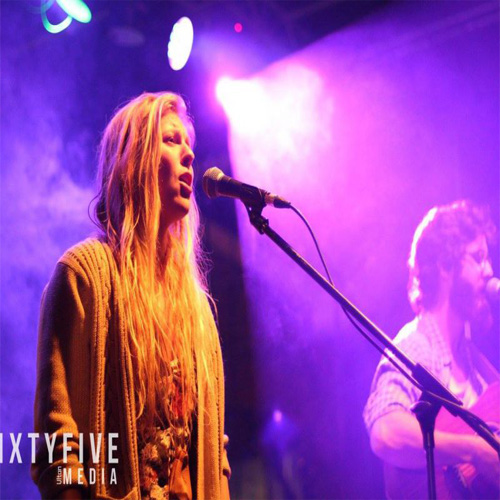 Last week the Stables Club was delighted to welcome back the duo, Tim and Ali, onto their stage for the Music Societies Open Mic night.

The duo have taken the stage at UL several times over the years and UL’s students have always been in for a treat at their shows to date, and last week was no different.

The Frenchman and Canadian met here at UL during Erasmus, both of them having a strong connection to International Society and Open Mic. They regularly performed for Open Mic during their stay at UL and have since also come back to open for last year’s gig with Hudson Taylor.

The gig kicked off at around 10pm on the inside stage, much to the relief of freezing spectators, myself included.
Tim and Ali set the tone with their relaxed and soft vocals and stunning harmonisation, whilst Tim also played the acoustic guitar.

The duo had a strong set list of country songs with ‘Stuck In The Middle’, ‘Wagon Wheel’, ‘Folsom Prison Blues’, ‘Jolene’ and ‘Free Falling’ being just a few.

The two seemed very relaxed and in their element on the stage as they joked around with crowd members and seemed overall pleased to be performing.

Their country twang and relaxed covers of the songs they performed were well received by the audience and some even got up to have a dance around and sang along to some of the more known songs.

Jack Haigh, UL Music Soc President, knows the couple very well and was delighted to see them back performing at the Stables.

“I love the two of them, not only are they exquisite musicians, the absolute perfect couple, but they are quite literally the nicest people and incredibly humble,” Jack said following their performance Tuesday night.