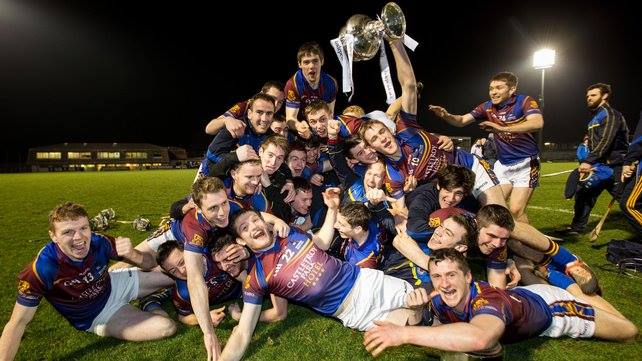 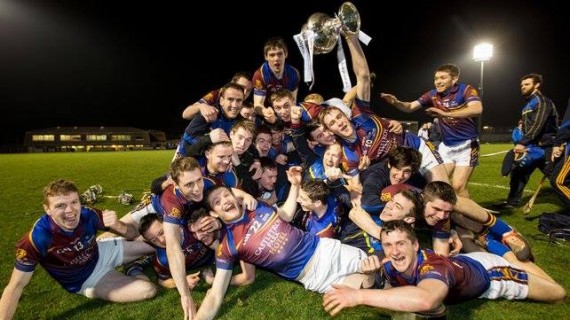 On a crisp March evening in Pairc Ui Rinn, University of Limerick defeated Waterford IT by seven points to lift the Independent.ie Fitzgibbon Cup for the 4th time in their history.  Both teams started off nervously and WIT went into a two point lead with scores from Gavin O Brien and Pauric Mahoney. In the third minute WIT were then dealt a blow when inter county star Austin Gleeson was sidelined as a result of the hamstring injury he picked up on duty with the Deise last weekend.  He was replaced by Kilmacow’s Johnny Hayes.  John McGrath got UL off the mark with a point from close in his first of six on the night. UL were dominant particularly in the half back line with captain, Dave McInerney operating at centre back, and Brian Troy at full back. The two wing backs Daire Quinn and Brian Stapleton were clinical in delivering ball to the half forward line. UL kept the scoreboard ticking over with points and held a one point lead when Daire Quinn collected a ball in the middle of the field drove a high dropping ball in on top of the WIT defense. Ger Teehan failed to hold it and it bounced off the net under the crossbar and came back out.  The UL forwards protested and Referee Barry Kelly, after consultation with his umpires, awarded the goal. A goal of its kind not seen in Pairc Ui Rinn for quite some time. UL now had a 1-4 to 0-3 lead with fifteen minutes gone in the game. 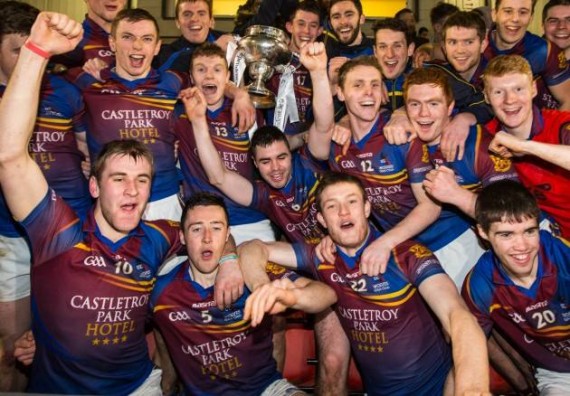 From the puck out Paul Maher in the UL goals was forced to bring off a fine save from point blank range after Pauric Mahoney had collected the ball in midfield raced through three UL defenders and struck for goal. UL increased their lead further with points from Tony Kelly and Kevin O Brien in the seventeenth and eighteenth minutes respectively before WIT sub Johnny Hayes reduced the deficit to leave four between the teams 1-6 to 0-5. UL had a goal chance just before half time when Tony Kelly fielded the ball around the 40 and soloed in at the WIT defense with goal on his mind but it went over for a point to leave the half time scores UL 1-9 and WIT 0-6

UL and man of the match Tony Kelly dominated the second half. Points from Kelly, McGrath and a superb sideline cut from Jason Forde straight between the posts in the seventeenth minute of the half made it double scores 1-17 to 0-10, Pauric Mahoney, Kevin Kehoe and Gavin O Brien keeping WIT in touch.  With ten minutes left in the game Tommy Heffernan found the back of the WIT net and put paid to any hopes of the champions holding on to their title.  WIT had a goal chance in the 54th minute but again Paul Maher in the UL goals was equal to the task. Eventually the Moyne/Templetuohy man was beaten but it was far too late for WIT as UL ran out deserved winners on the night 2-18 to 1-14.

Man of the Match:  Tony Kelly