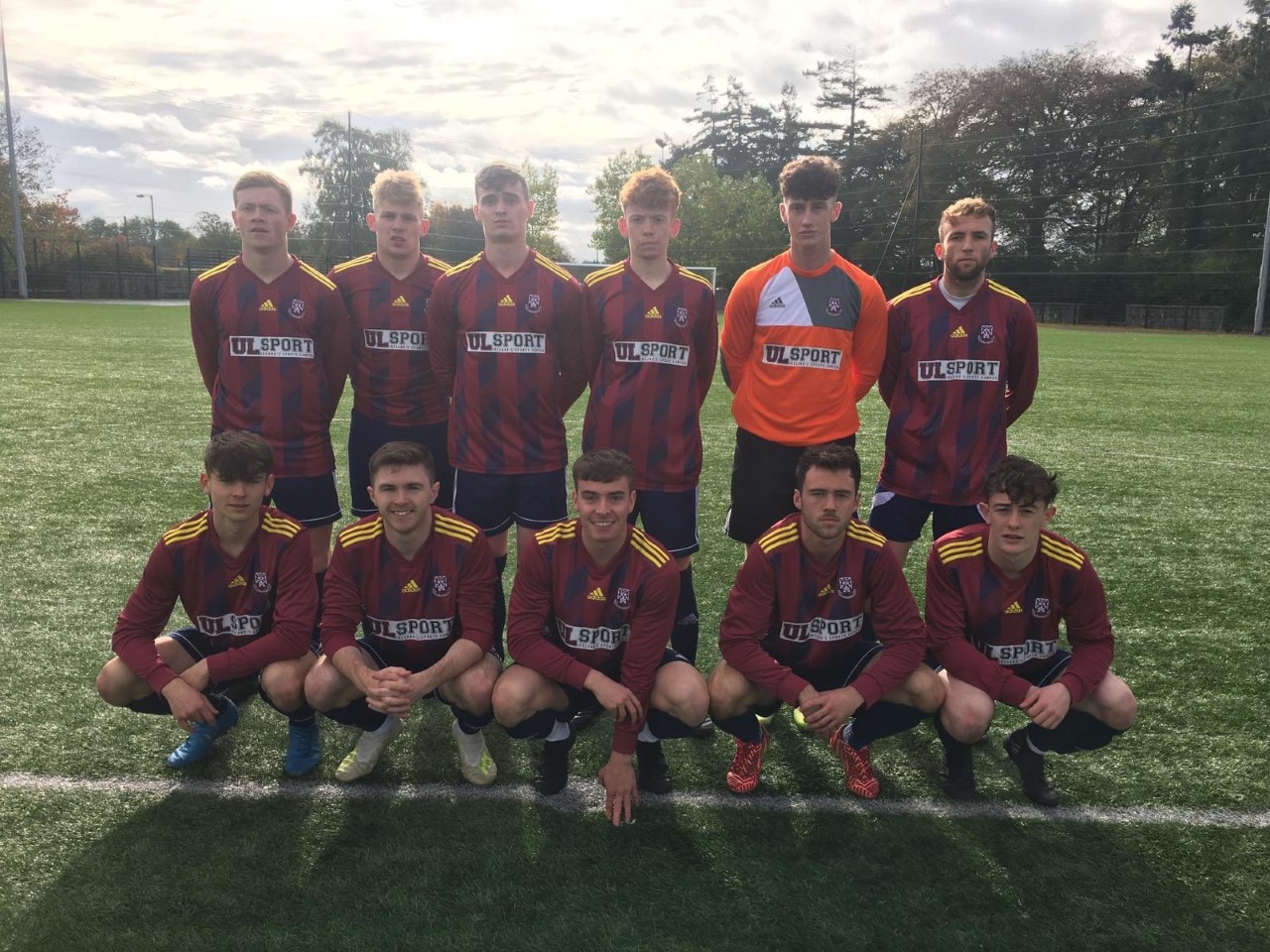 IT Carlow 3-1 University of Limerick

UL came home empty-handed for the second week in a row after a frustrating trip to Carlow leaves them rooted to the bottom of the Premier Division South.

Determined to get back to winning ways, UL got off to a bright start with striker Adam Foley forcing a mad scramble in the home side’s box with just 8 minutes played.

A sublime piece of individual skill from Alan Murphy on the left flank saw the winger chest the ball down before delivering a fine cross into the Carlow box that was turned out for a corner with 12 minutes gone.

The home side struggled to break down the deep block utilised by UL and found themselves aimlessly passing in the opening 20 minutes in the hopes a gap would open up.

One such gap did open up in the 22nd minute, and a tangle in the box saw UL centre back Colm Barrett concede a penalty.

The spot-kick was dispatched effortlessly by Danny Doyle to give the home side the lead against the run of play.
UL looked certain to bring matters level in the 40th minute as Andy Quaid was played in on goal by Ed O’Dwyer.

With the Carlow keeper rushing out, Quaid looked the pull the trigger, but an excellent sliding tackle saw the home side concede a corner instead of an equaliser.

It was the visitors who started the brighter after the restart with some fine passing being displayed by the men in maroon and blue.

Adam Foley narrowly fired over just two minutes into the second half.

Invigorated by this, UL produced a superb sequence of passes in the 53rd minute to draw level with Carlow.

The attack began with right back Evan Patterson feeding midfielder Cormac Noonan the ball, with one-touch Noonan laid the ball to Quaid, who knocked it to Murphy on the edge of the box.

Murphy laid the ball through a gap in the Carlow defence and Quaid, who had continued his run, took one touch to compose himself before calmly slotting the ball into the far corner of the goal.

That goal was UL’s first of the season, bringing their goal drought of 233 minutes to an end.

The move was a reminder of the football UL produced last season on route to the league final and the Shannonsiders now had their dander up.

Carlow were forced back into themselves as UL went in search of a winner, but as has so often been the case this season, their opponents made the most of a rare counter-attack.

A long ball sent forward caught the UL centre backs off guard, allowing Jason Murphy to volley a rocket into the top corner of the UL net with 64 minutes played.

As UL emptied the bench in search of an equaliser a free-kick was conceded on the far left of the box. Adam Steed’s low driven shot somehow managed to avoid the legs of numerous Carlow and UL players on its way to the bottom corner of the UL goal with just over ten minutes left putting the result beyond doubt.

Limerick will look to make home advantage count on the 13th of November when they face Athlone in what will now be a crucial game.