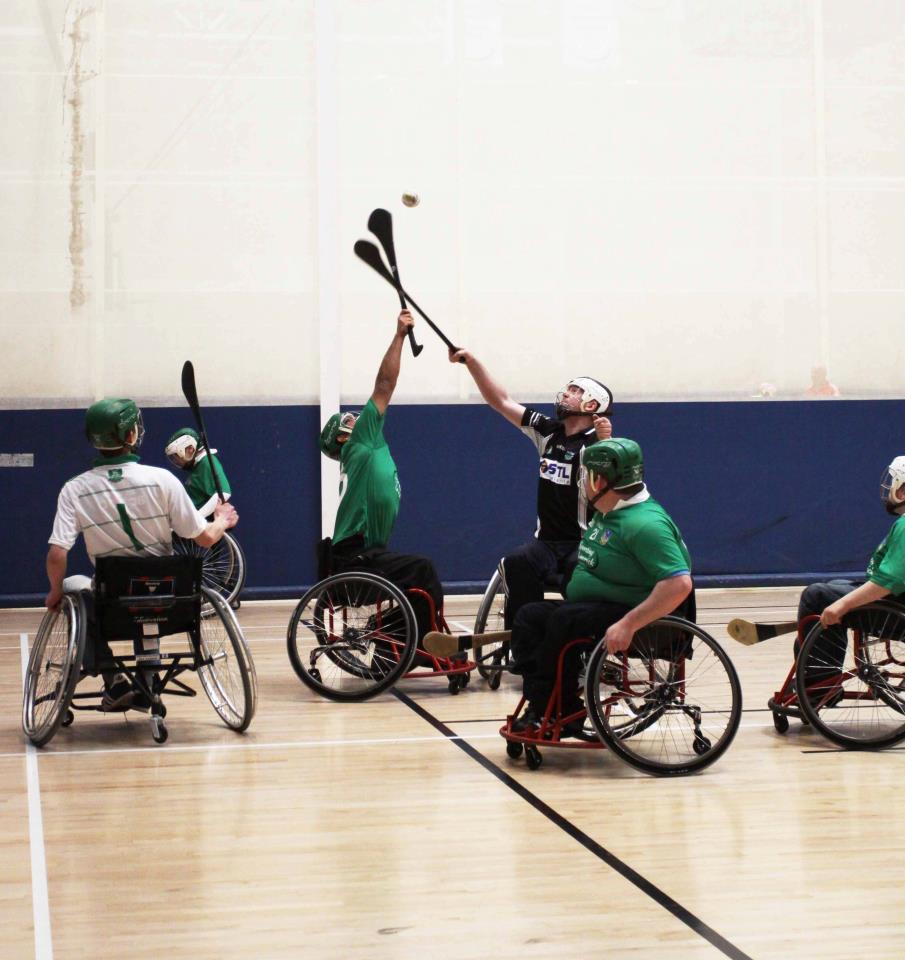 In 2010, Dave Fitzgerald (no ,not the Wexford Coach, sadly) approached me about a project on social care and keeping fit as a person with a physical disability.

A few months later, we met again when a representative of the GAA was undertaking a project on wheelchair hurling.

The project was held in Old Christians GAA club in Rathbane, Limerick, once a month for five months.

Fitzgerald popped in from time to time to see the lads having a go at hurling in a wheelchair.

When the project drew to a close, Dave contacted me with a view to keeping the activity on its feet.

At the time, I was volunteering as a Sports and Social Co-Ordinator with the Mid West Spina Bifida Association.

So, I was in regular contact with the core group of players we still have today.

In January 2011, Dave and I got the group together for a meeting on where we saw the activity going.

We all agreed we wanted to keep it going, and from there Treaty Warriors wheelchair hurling team was born.

The team train in Delta Sports Dome, in Delta Retail Park on the Ballysimon Road, Limerick, Thursdays, from 7-9 pm.

How does wheelchair hurling differ to the real thing you see on the Sunday Game, you ask?

It’s 6-a-side with a goalie, two backs, two forwards and a midfielder.

The midfielder can travel from the edge of goalie box to opposing goalie box, but the other players can only travel to the halfway line.

Towards the end of 2011, we held a competition with clubs from across Limerick and Clare.

The Sheehy-Donnegan Cup was sponsored by the family of our star player Ellie Sheehy.

Representing Limerick GAA, we won the competition, which was hosted by UL Arena – a fitting venue for any sporting occasion.

Shortly after this, through working with Limerick and Munster GAA, with help from Tony Watene, the GAA’s National Inclusion Officer, we held the first competitive round of fixtures.

Our senior team beat the Dublin senior team on the day, while a cruel bounce of the ball defeated our junior team.

On the back of the success of the event, Martin Donnelly (MyClubShop.ie) sponsored the formation of a league and championship.

The league formation sees all four provinces host a round of fixtures. The early days of the sport saw each team play three seven-minute thirds, with a two-minute break.

In its opening seasons, Munster won both the league and championships back to back.

The Provincial Inclusion Committees support wheelchair hurling through the GAA’s Games For All initiative.

Gerry McNamara is Munster’s Inclusion Officer, while The Inclusion committee selects the venues.

During our time developing and promoting wheelchair hurling, we were invited to an event held by CARA at I.T. Tralee, where representatives from the team met Uachtarán Na hÉireann, Michael D Higgins.

The 2019 league recently came to a close with Munster hosting in St Mary’s school in Newport, Co. Tipperary, with Ulster taking home the M Donnelly trophy.

However, the All-Ireland will be held in Abbottstown, Dublin on the Sunday of the October Bank Holiday Weekend, and Munster are in it to win it.

All support is welcome and greatly appreciated.

For more information, find us on Facebook at Treaty Warriors Wheelchair Hurling Camogie Club, or contact Dave Fitzgerald on 0838168143 or Gerry McNamara on 0851901900.