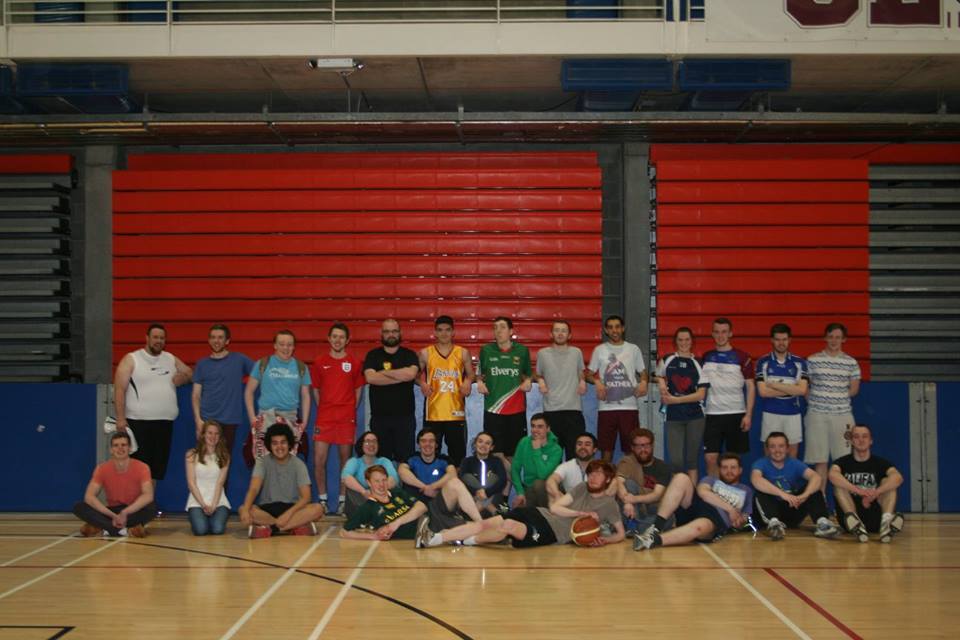 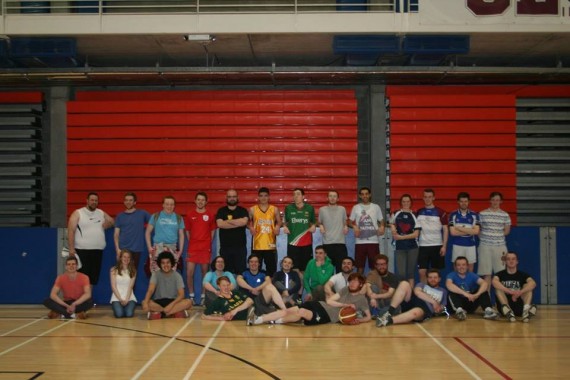 I remember once I was out playing basketball with my friends, some local hoodlums showed up. A scrap ensued, and my mother was so despondent at my behaviour she set up a piggy bank in order to save up to send me to my relatives’ house in Bel Air, Los Angeles. However, Ireland in the mid 90’s was a desolate wasteland populated by bumpkins eating lamb stew from a peak cap in a sheebeen. Two of them, “ma” and “da” I called them, selfishly raided this piggy bank in order to feed, clothe and house my siblings and I. Thus my dreams of having my own fish out of water story were shattered. Nonetheless I persevered to not think about basketball for another 19 years….

Until UL Racing & Motorsport! Those sound peeps that are always up for a laugh, and coincidentally as crap at sports as we are. How’s about we challenge them to a game of basketball? Shirts vs… different colour shirts? UL Comedy Society were naught for two so far as inter-societal sporting events go, since ULFM handed our delicate bottoms to us 2 years ago in a GAA match (though my vomiting was second to none) and the thrilling match against UL Drama Soc in which we were beaten by Tadhg Flynn and a team of not Tadhg Flynns (Sounds lads though!). Could we bear another defeat? Probably, but sure we said feck it we’ll play anyway. They graciously accepted, so it was game on.

The stage was set, Wednesday the 30th April at 8pm in the UL Arena. Two teams enter, no team leaves. Then the game ends and both teams leave. Standard Brooklyn rules. Speaking of rules once we had arrived, got changed and warmed up we realised that we had overlooked something significant, almost none of us knew the rules to basketball. A quick google search later, we had more questions than answers. Goaltending? What an earth do you mean dear internet? We all agreed to bounce the ball, stop, and finally pass or shoot. Simple playground rules for simple playground folk. We appointed an arbitrary ref to double as the mascot for both, blowing his whistle for on-court violation as egregious as “running weirdly” or “I was bored”. A great ambassador to the sport.  We will never see his like again.

Finally it was game time. The ball was thrown in and the sporting began. Each team threw jeers at each other, then jeered themselves. Then it turned into a jeer orgy with seemingly no regard for what the jeering is accomplishing. But the main thing is well all had fun, for fun is what results when you blatantly disregard the rules.  Someone got the ball, passed it up the court. Someone else took a shot. The shot missed and the opposition gathered the ball. Repeat ad nauseam. After 25 mins we took a break and switched sides for another half of jeering and terrible ball handling skills. On the court anyway.

The outcome of this is that with a distinct lack of grace UL Comedy Society somehow won, despite our being as perplexed as anyone. Hands were shook and congrats given to sweaty, smiling faces. The craic was had, with both teams agreeing a rematch in a different sport in the future. But first, the pub was gleaming in the distance, like a heavenly oasis of pints in a vast desert of not pints.

Thanks to everyone from UL Racing & Motorsport for coming along, we had an awesome time. As for the rematch, bring it on!

A flurry of activity at Animal Welfare Society