An Focal’s Matt Hurley looks into the question on everyone’s mind after Saturday’s game. 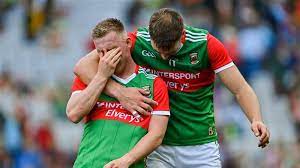 The Mayo footballers, yet another Final loss to add to the lengthy list of them down through the years.

Unlike many of the previous deciders, they went into Saturday’s game against Tyrone as hot favourites after their memorable win over Dublin.

However, when both Tommy Conroy and Ryan O’Donoghue missed guilt-edged opportunities at the start of the second half, it was a case of Deja-vu.

Mayo’s problem has never been the players, they’ve produced great servants in recent times, the problem is not having the shrewdness to finish teams off.

On Saturday, Mayo had 7 shots inside the 13-metre line, 0 were converted, which tells its own story.

They had a 35% shot accuracy from open play, a sort of stat in an All-Ireland Final that is rarely forgiven.

With Cillian O’Connor in that team, that figure might have altered slightly, but even so, if Tyrone didn’t have Darren McCurry, they could call upon Cathal McShane, if there was no McShane, they could play Darragh Canavan and so on.

Dublin often had unbelievable depth, which won them many games against Mayo in recent times.

Maybe it’s the way Mayo don’t have what it takes to win a Final seeing as they lost to an unfancied Tyrone side.

Cast your minds back to 2010. A Cork side who found it difficult to get over the line against Kerry between 2005-2009, had a marvellous opportunity to win Sam after a 20-year wait, very similar to Mayo.

They came into the game against a Down side who came out of nowhere to reach the showpiece, a bit like Tyrone this year.

Cork were losing by 3 points at half time, compared to Mayo losing by 2 at the same time in the match.

The Rebel County ended up winning by the minimum while Mayo lost by 5, so how couldn’t the Connacht side replicate the Munster side?

A few aspects to this, squad depth, managerial tactical nous and the fact that Cork were perhaps more experienced.

The players who came on for Mayo last Saturday included Enda Hession, Jordan Flynn and Aidan Orme. Great potential yes, but they only really had Dublin in the semi-final to count as an intensive game before this.

Looking at Cork’s players coming in – Nicholas Murphy, Graham Canty, Derek Kavanagh and Colm O’Neill – they were players that had been to the well so many times.

Mayo have progressed well with their youngsters in the last couple of years but maybe they could’ve done with more experience such as Colm Boyle coming off the bench.

James Horan was heavily criticised for the substitutions he made last Saturday, most notably for not bringing on James Carr until stoppage time and bringing off Padraig O’Hora, when the defender had a big impact on the game already.

While Carr came on the time that he did, Conor Counihan brought on his own goalscoring weapon in Colm O’Neill with quarter of an hour to play, plenty of time for him try and run at the Down defence, which he did.

Experience was crucial too. Mayo had only Robbie Hennelly, Lee Keegan, Aiden O’Shea, Kevin McLoughlin and Paddy Durcan who had played in games of this sort of magnitude before. A third of the team.

Contrast that to Cork, who had 12 of the starting 15 with valuable big match experience. Added to the big-name players coming on, and you have a winning team.

Cork’s achilles heel was Kerry and once they were disposed of, the Rebels took their chance.

Mayo’s problem was the all-conquering Dubs and once they left the championship, Mayo blew it.

There’s no doubt the Green and Red will be up there competing in the next 5 years, but with this defeat, it’s hard to see how they recover from what looked like their biggest opportunity to win the All-Ireland in the last decade.