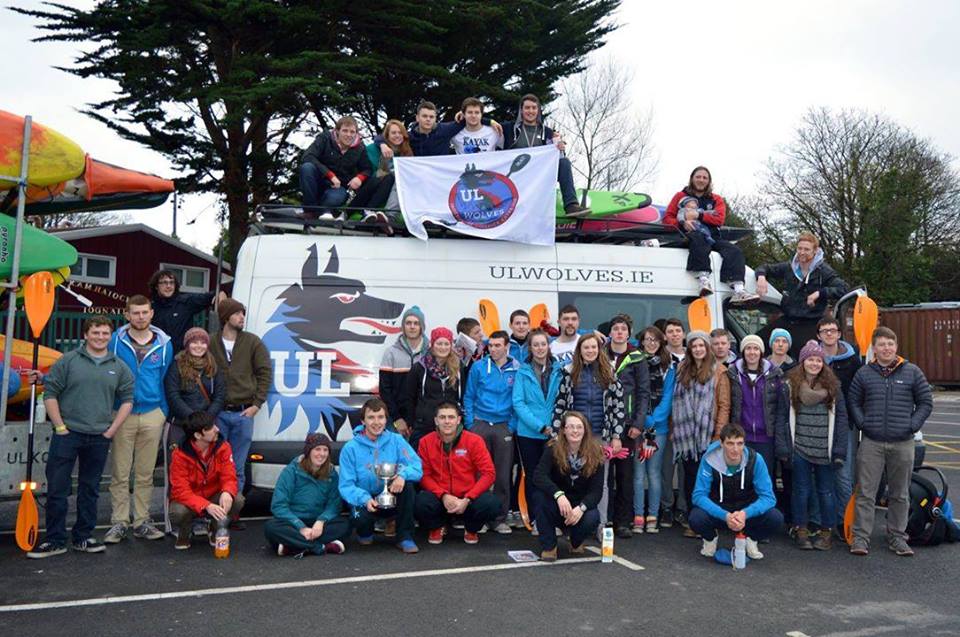 UL are champions for the 6th year in a row! 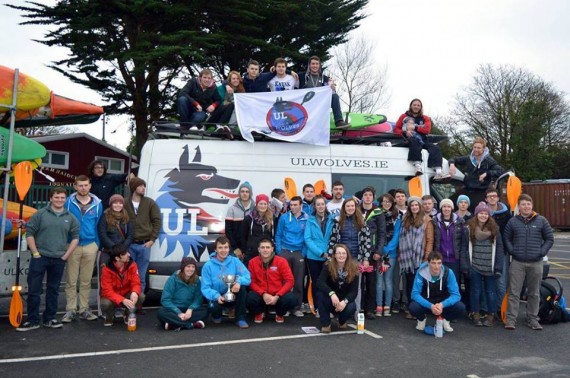 On February 5th 2015, the University of Limerick Kayaking Club attended the national kayaking intervarsities hosted by NUIG/ GMIT Kayak Club with hopes of returning home with yet another victory. The Intervarsities is the annual event where all the college kayak clubs in the country come together for a weekend of competing, partying and serious banter!

In the wee early hours of Friday morning, a handful of us excitedly set off of to participate in the white water race on the Bolisce River. Paddling for ULKC we had Eoin Keyes, Andrew Regan, Emer Farrell and Mark Scanlon. They all did amazingly well as they battled down the rapids. Their months of hard training paid off as we placed an impressive 2nd place in that event.

We then headed over to the Claddagh Basin for the canoe polo event. For anyone who has not witnessed the sport before, it’s a 5 a side, fast paced game that combines kayaking and ball handling skills with added excitement as it is a contact sport. Think of it as basketball and rugby combined, but in a kayak! Solid tactics and strong team work are key factors and are as important as the speed and fitness of the individual athletes. 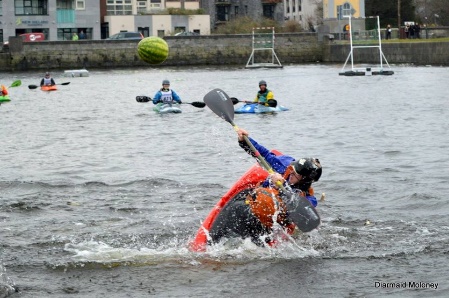 After months of intense training with a dedicated team we finally got to show off our skills and took on each game and college with everything we had. It was all worth it in the end, as we placed 3rd, a great achievement for ULKC as canoe polo was never our strongest suite. Later on that night, the entire club arrived at the Sleepzone hostel that was kind enough to allow some overly energetic kayakers to stay the weekend.

At 6:30am the next morning, alarms started ringing and a zombie march of exhausted kayakers began. At 8:00am we arrived at the canoe centre for the long distance race registration which includes general purpose and high performance categories. Once gear and boats were organised we strolled down to the river to wait for the race to begin. For the fresher’s you could see a new level of fear growing inside them as they were briefed on the 5km paddle up and down the river that they were about to face. Those in the GP category had a huge 10km paddle ahead of them. This is a tremendous task for any kayaker. In these two events we competed as individuals racing against each other. Eoin Keyes and Mark Scanlon took 1st and 2nd place in the GP men’s category while Gavin Sheehan and Eoin Farrell, both former captains of the club, achieved 2nd place in the GP men’s duo category. Everyone who competed put in a huge amount of effort and every person counted towards points.

We continued straight from the Upper Corrib back to the Claddagh basin for the freestyle event. Our highly skilled team – featuring Eoin Keyes, Andrew Regan, Eoin Farrell and Caoimhe Farrell – represented us well with every trick displaying levels of technique that took years to master. Andrew Regan was targeted to be hit with the biggest piece of fruit as part of the “banter league”. As well as being a kayaking competition there is a “banter league” where colleges gain points for accomplishing a list of tasks just “for the banter” and to gain “Banter-points”. It was quite a spectacle seeing dozens of pieces of fruit being flung towards him.  Despite all the fruit he still managed to pull off lots of impressive moves! 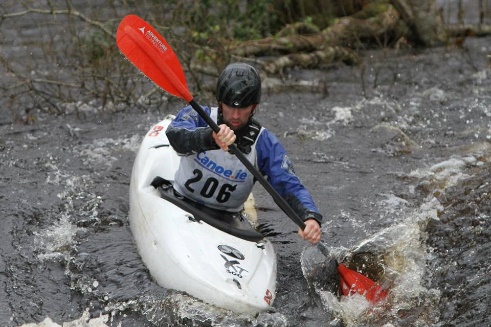 On Sunday morning we were up bright and early for the boater cross event after the Mexican themed fiesta held the night before. This was a new event in the intervarsities that consisted of 5 people kayaking down the white water of the Lower Corrib River in an attempt to get to the finish line by any means possible. It really isn’t for the faint hearted. It was limited to a select few as Galway was quilted in fog. Five of our paddlers got through to the second round of the boater-cross, which we were very happy with.

To finish off the weekend there was an awards ceremony held in NUIG where the winners of each event were announced including the champions of the entire competition. Seeing as many different colleges place first in the different events we were anxious up until the last moment, as the title of “National Kayaking Intervarsities Champions 2015” was anyone’s for the taking. There was an explosion of cheering from the UL kayakers when it was announced that we had won the competition for the 6th year in a row! When we finally calmed down we set off back to Limerick with the coveted trophy in hand ready to celebrate our victory in style!