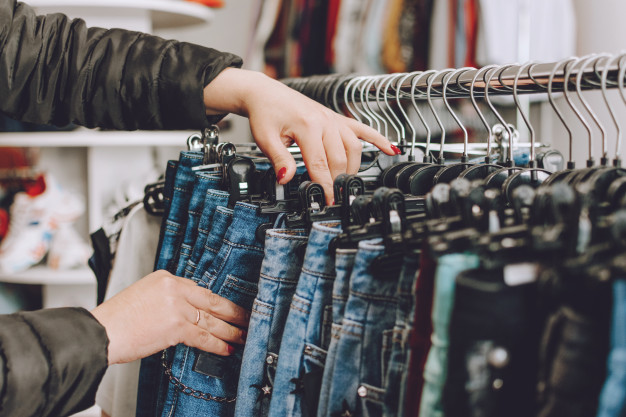 “OMG! I just bought this top from Pennies for only €2. I just couldn’t pass it up. I only saw it on sale recently. I am in love!!  #blessed # bargain #thankshunpennies”

It is clear that millennial’s general obsession with fast fashion has risen to extraordinary measures in the last decade, to such an extent that it can be easily described as manifesting into a very serious pandemic. This absurd outbreak has been spread by instant influencers and has infected most of our social media. No millennial is immune from this and I know that you will be able to recognise the telltale signs of this obsession everywhere.

Common symptoms may range from a compulsive need to watch every fashion and beauty haul imaginable on YouTube, endlessly scroll through Romwe, Zaful and Boohoo, to an uncontrolled itch to like every paid ad on Instagram. Side effects may include severe anti-social behaviour which affects one’s ability to converse about topics on the news to an obsessive-compulsive buying disorder. It seems a failure to satisfy such symptoms may result in a popular syndrome amongst millennials known as  FOMO; the fear of missing out.

But why should I waste so much money on other clothes that I can’t afford? I’m sure you are thinking, what consumer wouldn’t want what celebrities and influencers are promoting for as cheap as they can get it? After all, who doesn’t get excited when their online order arrives or the confidence boost a well-fitting top can give you, so where’s the middle ground? There is no doubt that fast fashion is affordable, accessible, and trendy but the costs outweigh the benefits.

“Fast fashion” is a term used by fashion retailers that means clothes move from catwalk to stores quicker than ever to fit current trends and to make a larger profit. Not only is fast fashion bad for the environment, because nylon and polyester are non-biodegradable but the workers that produce the clothing are often taken advantage of. The majority of these factories have extremely unsafe working conditions, not paying their workers the adequate amount they deserve and not helping them to rise above their poverty conditions.

For example, the Tazreen Fashions factory fire outside of Dhaka, Bangladesh. This fire in a garment factory killed over 100 people, and more were hospitalised because of burns and smoke inhalation. Did these people deserve to die for our obsession with fashion? The answer is no. Up to the early years of the internet, the word ‘thrifting’ meant the act of shopping at a second-hand shop or thrift store and was usually associated with the poor community for its low price items. Is this the case today? No.

More and more millennials are becoming aware of the dangers of fast fashion. Many are choosing to ditch fast fashion in favour of buying second-hand. They are reading more about thrifting – all because of the fact that they are being promoted through social media apps, like Depop and Poshmark, where you can both sell items you no longer want and shop from other people. And if Emily Ratajkowski can sell her designer garments by having a Depop account, then the average millennial can ultimately achieve the desired result.

Obviously, our closets would feature more Louis Walsh than Louis Vuitton, but one can dream!

Nowadays when it comes to goals, we have been taught that we can be whatever we want to be and to reach for the stars. This belief has also made us rely on celebrity influencers more to help us achieve our dreams. For decades, we have put off the worrying conversation around climate change, pushing it aside because celebrities were not interested in the problem. Who cares if we once believed global warming was a hoax when Leonardo Di Caprio wants to save the rainforest?

And whatever Greta Thunberg speaks about in her next speech, you can rest assured that half the world will follow suit. You can laugh all you want, but we all know It’s also hitting close to home. Climate awareness is on the rise, as evidenced by the Green Party’s surge in representation in the most recent general election. It seems more action for sustainable options in fashion, transport and packaging does appeal to young voters. All of this information begs the question: Is environmentalism just another millennial obsession? Let’s hope not!

Whether it is our passion for fashion or our desire for green peace, we are a generation who follow the ever-changing opinion of the mass media. But who can blame us? Every day we are met with engaging posts, tweets and eye-catching articles that dictates what we wear, who we follow and what our goals should be in the future. It’s our generation’s latest drug that has us insecure and hooked on unrealistic aspirations of ourselves.

So what if you are ready to become part of a cure rather than the disease? Our advice is to try to remain immune to today’s obsession with what’s trending by ignoring the lives of the instant influencers. Remember, this period may feel incredibly draining right now, but it has no long term effects that we haven’t tackled before.

Excuse me, but I’m off to Pennies for a quick browse! What? I’m a millennial, I should have the freedom to change my mind! Just like Donald Trump!